African Americans to Blame for Lack of Color at CES 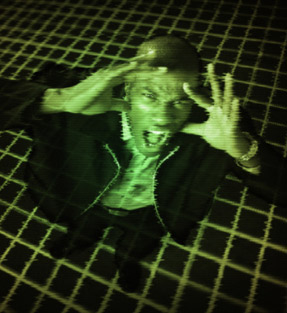 As it was reported last week, the digital divide between blacks and whites is indeed narrowing, but African Americans are not taking advantage of the Internet and social media in a way that will empower them individually or as a whole. For example, blacks and Hispanics are twice as likely to use Twitter than whites, but both groups are underrepresented on LinkedIn, the place employers are starting to look to the most for quality employees.

Without seeing higher numbers of black representation behind the scenes in technology the only response I can give is that our priorities are out of whack, we are being pimped, and it is our own fault.

That’s not to say that we don’t have what it takes to excel in math and science. We do. There are too many examples of people who look like us who are doing it, but there are not enough; they are just that, examples, not the norm. What it will take that we haven’t exhibited is enough discipline, sacrifice, and a willingness to do things differently than others around us.

So what do we need to do to stop the madness? This may sound a little off topic, but African American parents need to adopt some of the rules detailed in Battle Hymn of the Mother Tiger by Amy Chua.

Last week Chua, received a lot of publicity, mostly negative, for her extremely harsh parenting methods. While I don’t agree with most of the sentiments that Chua expressed in her book–especially the ones where she insults her children and picks their extracurricular activities–here are a couple of things she got right:

TURN OFF THE POWER: Study and preparation should come before fun and entertainment. If it’s not there to directly assist in the learning process, then it should be shut down during and until all homework is done and grades are exceptional. Period.

APPLY THE RULE OF 10,000 BY MALCOLM GLADWELL: In his book Outliers, Gladwell developed a theory that exceptionally talented people aren’t always naturally talented. They simply had the opportunity to get more practice; 10,000 more hours of practice, in fact. While your child is mastering the art of the newest video game you bought them for the Xbox, PlayStation, or Wii, children with mothers like Chua are mastering higher level physics and math by using rote repetition ad naseum. As a consequence, these kids are mastering the skills necessary to not only play video games, but to create the next generation of video game consoles and 3D televisions.

DON’T ACCEPT FAILURE OR EVEN AVERAGE RESULTS: We don’t need to insult our youth like Chua, but we shouldn’t be afraid to tell them when their performance is unacceptable. And we need to hold our standards higher than most people think are reasonable. A B- in science may not be grounds for punishment, but it is grounds to incorporate more study time and less talk time on the phone. Parents should require more from their kids, and when a kid falters, parents need to stick to a suitable punishment but let their children know that they have what it takes to get the A+.

PUT YOURSELF TO WORK: Realize that producing overachievers in math and science means you need to walk through the process with them. It’s not good enough to send your child to their room to do their math homework. Parents need to be directly involved in making sure that their children not only complete their trigonometry assignments, but that they are learning it and absorbing it. If that requires a parent to pick up the book and learn the topic themselves, so be it. How will you know if your child is getting it right or wrong if you don’t know yourself?

Without adding these additional parenting techniques our children will continue to be behind the curve in school, and the high paying STEM careers will remain unattainable when they reach adulthood. So what are you doing to change that?