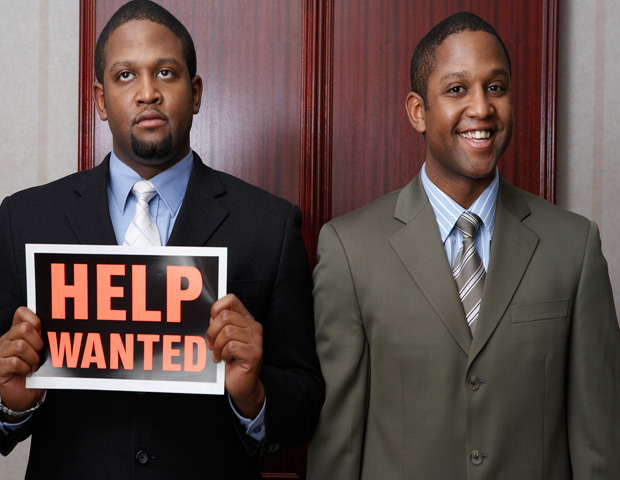 Blacks continue to lag behind their white fellow workers in finding high-paying jobs and accumulating wealth in a slowing U.S. labor market, according to a new report from the Center for American Progress. The Washington, D.C., policy research and advocacy organization’s brief explores the yawning, decade-long gap between blacks and whites regardless of the fact that the job market has produced 109 months of uninterrupted growth and the unemployment rate reached  its lowest level in a half century—a trend that may be coming to a crawl.

African Americans continue to contend with such challenges as outright discrimination, adds Weller,  as well as “occupational segregation—whereby African American workers often end up in lower-paid jobs than whites—and segmented labor markets in which black workers are less likely than white workers to get hired into stable, well-paying jobs.”

This analysis released by the Center for American Progress comes in time for tomorrow’s release of the November employment report. Overall, economic prognosticators find that it is losing steam. In fact, ADP and Moody Analytics estimate that the nonfarm payrolls report will reveal that private payrolls expanded by a mere 67,000, significantly below the forecasted 150,000, meaning that employment has hit its lowest level since May, according to CNBC. One huge question mark that will be answered Friday is the impact of the reappearance of striking GM workers.

“The job market is losing its shine,” Mark Zandi, chief economist for Moody’s Analytics, said in a statement. “Manufacturers, commodity producers, and retailers are shedding jobs. Job openings are declining, and if job growth slows any further unemployment will increase.”

When Whites Catch A Cold, Blacks Suffer From Pneumonia

This news does not bode well for workers of color. It is an undeniable fact that during economic downturns, African Americans are among those hit with the most severe blows. For decades, forecasters—including the past Black Enterprise Board of Economists—have warned of such conditions, citing that “when whites catch a cold, blacks suffer from pneumonia.”

In fact, the Center for American Progress’ conclusions bear out that assertion. The brief found that the racial wealth gap has widened since the Great Recession. Prior to the recession, African American households held, on average, one-fourth the total wealth of white households. Currently, African American households have one-fifth of the net worth of their white counterparts. And African Americans are more likely to be unemployed, have access to fewer employment opportunities and less employer-sponsored benefits. When they do gain employment, they hold less stable, lower-paying gigs.

The brief offered the following reasons for the nagging racial jobs and wealth gap:

“The systematic discrimination that African Americans face in the labor market make it even more difficult for black families to build wealth, while increasing their need for savings,” Stable, well-paying jobs are important because of the systematic and deeply entrenched nature of the racial wealth gap,” says Weller in a statement. “It’s clear that a job is not enough to close the gap. Rather, policymakers need to utilize a variety of bold, intentional policy solutions that address the varied and complex nature of the problem.”