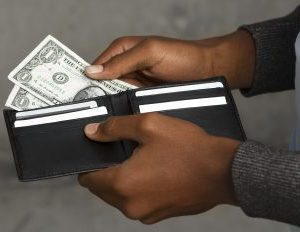 “Throughout history, African Americans have had to rely on each other, oftentimes to survive,” said Evan Taylor, African American market director, MassMutual, in a press release. “Therefore it is not surprising that helping each other lies at the heart of their beliefs about community and finances. Although no strangers to tough economic times, sacrificing to support each other, particularly family and friends, is a huge part of black culture and community.”

While the survey reveals that both blacks and whites are equally anxious about their current financial well-being, the differentiating factor are the views African Americans have toward financially supporting others. In spite of these financial concerns, 90% believe it is important to look out for one another. More than 60% have supported someone else in times of financial need and almost a third have been supported by someone else.

“What this shows is what people care about and the philanthropic role of finances in their lives,” said Taylor. “There is significant opportunity to adopt new attitudes, habits, and actions to strengthen personal financial health as a way to build what can be shared with the communities most important to them.”

Participants ranked family, friends, and schools as their top three when asked to define communities. Religion, children, professional networks, and towns/city or region are also important, in that order.

“This indicates there is a need for African Americans to open up dialogue with each other and their communities about the steps necessary to build strong financial foundations and create generational wealth that can help the larger community in the long-term,” Taylor added.

The survey also reveals that only 32% of African Americans share information about their finances with other people compared to 55% of whites.