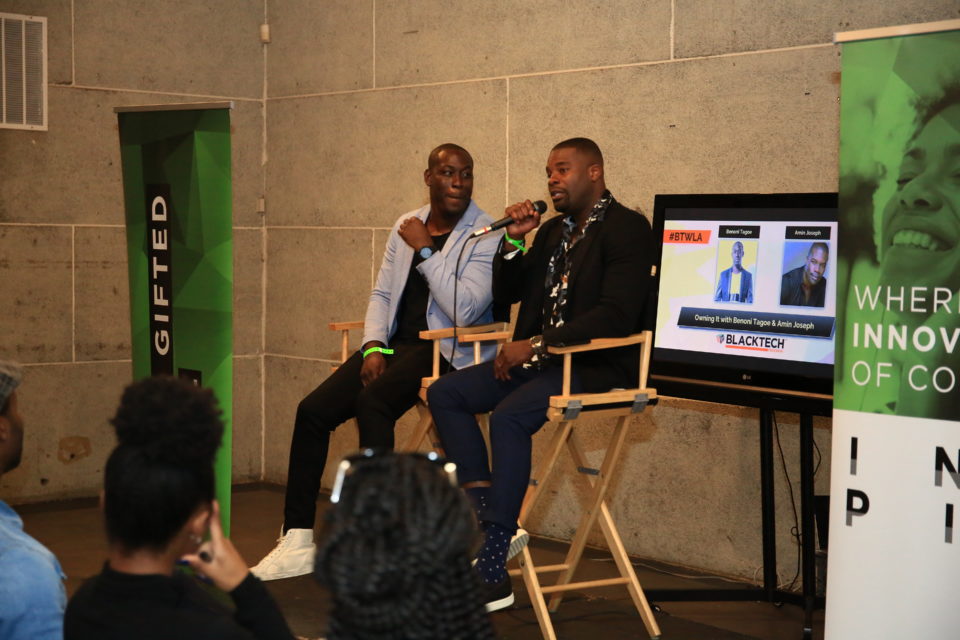 Since BlackTech Week’s inception, the company has convened thousands of tech entrepreneurs, investors, and enthusiasts. Due to the success of BlackTech Week Miami, the team decided to take things on the road, naturally stopping off in the city of Los Angeles. Content revolved around building tech ecosystems, protecting your brand, STEAM educator resources, customer acquisition and growth strategies, and raising capital and was sponsored by Samsung NEXT and the Chan Zuckerberg Initiative.

Day one consisted of a kick-off party at the California African American Museum and by day 2, information was flowing full force at Beat Box Studio LA.

The evening finished out strong with a keynote by Bryan Lattimore, director of Narrative Change for the Chan Zuckerberg Initiative who spoke very passionately about social justice.

“What you see on the slide is that there is this huge uptick in the number of people in our prison population—twenty-five percent of the prison population globally is in the United States. We spend $80 billion keeping people there… I’m not gone leave you there. I’m hopeful that we can win.”

“One of the folks within CZI that we study is Tim Gil. He made a lot of money in Silicon Valley, upwards of $400 million. He is known for bankrolling the marriage equality movement. What we can learn from the March to Marriage is powerful master level coordination. One, you bring people into a room. Two, you bring all the other major funders who have similar values and said ‘hey let’s pool our money together.’ Three, he developed a southern strategy, which was actually a coalition of businesses, basically speaking to people’s pockets.”

Next stops for the tour include:

Check out the site for more information.