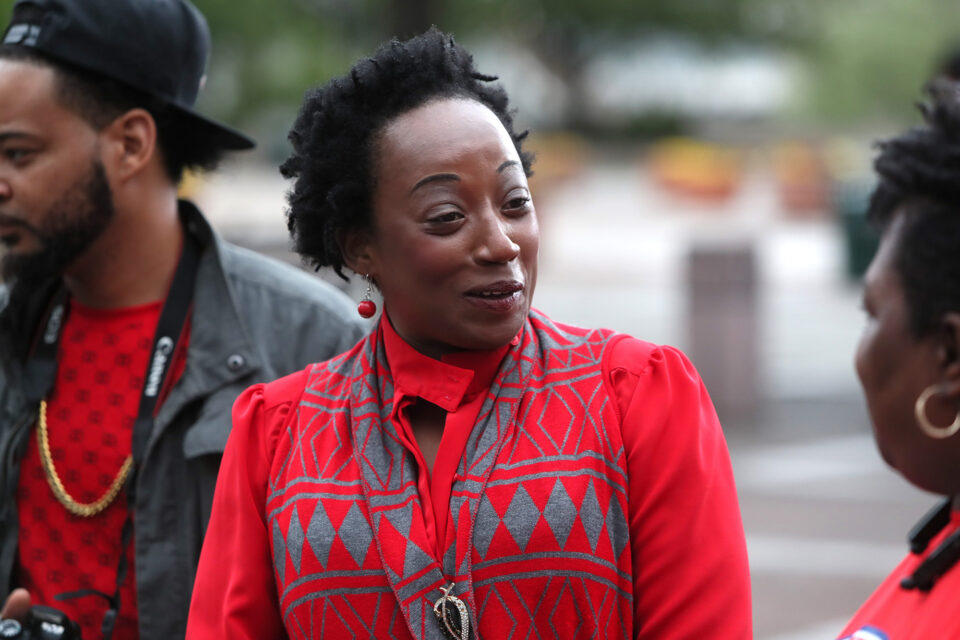 Pamela Moses, a Black Lives Matter activist and former Democratic mayoral candidate in Memphis, has been sentenced to six years in prison for illegally voting in Tennessee despite being told by the state that she could vote again.

According to a Washington Post report, the officials who restored Moses voting rights acknowledged they made a mistake saying her probation was finalized, which meant Moses wasn’t eligible to vote.

As a result, Moses was charged with illegally registering to vote when she submitted the certificate as part of her voting registration. Moses was convicted late last year and received a six-year sentence last week.

“I relied on the election commission because those are the people who are supposed to know what you’re supposed to do,” she told WREG before her sentencing. “And I found out that they didn’t know.”

Moses’ sentence has been condemned by many, including the NAACP Legal Defense Fund, which said in a tweet Moses’ verdict is a stunning reminder that there are two justice systems in America.

Pamela Moses, a Black woman, has been sentenced to six years in prison because of a voting error. Meanwhile, white individuals who are known to have committed blatant voter fraud have only received probation.

There are two criminal justice systems in America. pic.twitter.com/o4UqowdpbF

“This case is one about the disparity in sentencing and punishment — and one that shouldn’t have happened,” Bede Anyanwu, Moses’ attorney, told The Post Friday. Anyanwu added Moses plans to appeal her sentence.

Moses has maintained her innocence in the situation, saying she thought her voting rights were restored when she received a letter from the state saying so. However, Criminal Court Judge W. Mark Ward didn’t share Moses’ view of the situation and accused her of deceiving election officials.

Ward added that he would consider placing her on probation after she serves nine months if she maintains good behavior.

Janai Nelson, the associate director-counsel of the NAACP Legal Defense Fund, told NBC News the situation will only stoke the flames of voter suppression and disenfranchisement that is breaking Democracy in the U.S. today.