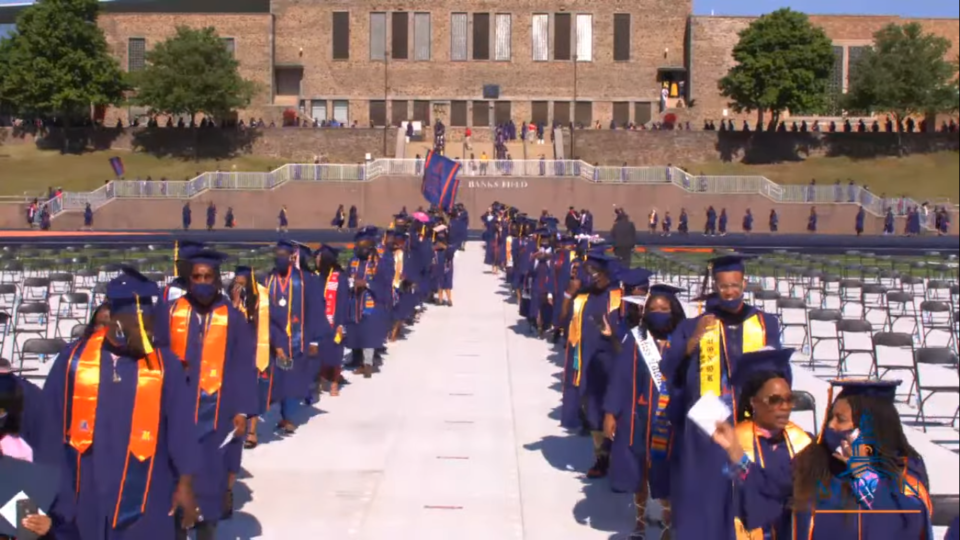 The New York Times reports applications to HBCUs have skyrocketed in recent years as Black high school graduates feel a sense of duty to attend Black colleges. Black students also want to spend their money at a place where they’ll be supported during and after their time at school.

The 101 HBCUs across the country are expected to receive more than 40,000 applications this year according to The Common Black College App.

Additionally, President Joe Biden‘s $2.7 billion investment in HBCUs has led to a significant boost in funding that can be used to fix a litany of issues including Howard University’s housing issues as well as technology and facility upgrades.

“We say this is a renaissance for H.B.C.U.s, but the level of clout and capital the institutions have now is unprecedented,” Lodriguez Murray, a senior vice president for the United Negro College Fund, told the Times. Murray added, “Frankly, it is about time.”

According to Lisa Fuller, owner of the college advising firm Primed, applications to HBCUs are outpacing applications to predominately white institutions (PWIs). Fuller added the increase in applications and enrollment began amid the 2015 BLM protest.

HBCUs have provided quality education for Black Americans while also providing a home where Black college students can not only feel safe but are surrounded by people like them. Some of the most prominent Black figures in politics, law, entertainment and science have attended or graduated from HBCUs including Vice President Kamala Harris, Voting Rights advocate Stacey Abrams, Bad Boy Records Founder Sean “Diddy” Combs, and inventor Granville Woods.