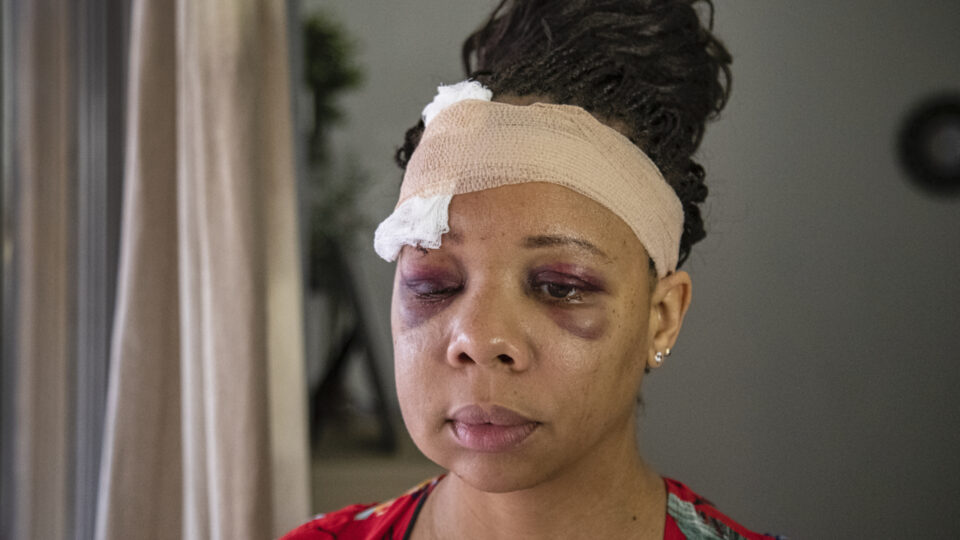 A demonstrator who participated in a Fort Lauderdale protest for the unjust killing of George Floyd in 2020 is seeking monetary damages from Florida police after sustaining an eye injury from a rubber bullet, according to a May 31 federal lawsuit filing, reports the Associated Press.

LaToya Ratlieff, 36, was struck in the eye with a rubber bullet that Fort Lauderdale police shot into the crowd of protesters on May 30, 2020. As a result, the city of Fort Lauderdale, Detective Eliezer Ramos — who shot the rubber bullet — and five other officers have been named in the lawsuit that claims violation of her civil rights.

Ratlieff suffered a broken right eye socket, nerve damage to her eye, and a 20-stitch laceration that has since left a scar on her forehead. This all happened as Ratlieff was choking on tear gas that had been shot into the crowd by police, as seen in a witness video.

Per her attorneys, the woman has also been suffering migraines and mental trauma.

The rubber bullet in question can be deadly if shot directly at the head or chest, which police were documented doing across the nationwide Black Lives Matter protests.

“Two years ago, I came to Fort Lauderdale to raise my voice against police brutality. Today, I return to do the very same,” Ratlieff said in a statement read by her attorneys at a news conference outside Fort Lauderdale police headquarters on Thursday. “I have every reason to believe that if the same circumstances were repeated today, the risk of someone becoming the victims of brutality at the hands of the Fort Lauderdale Police Department are as high as they have ever been.”

In December, Ramos was cleared of any crime following an internal police department investigation, per the outlet. According to the detective, he was not aiming at Ratlieff but at a man who’d hurled a tear gas canister back at them and she just got in the way. Additionally, then-Commissioner Ben Sorensen apologized to Ratlieff.

“To open fire on American citizens who are asking you to stop using violence against them — there is no excuse for that,” said Stuart Ratzan, Ratlieff’s lead trial attorney.