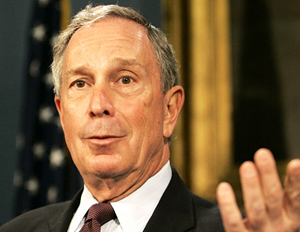 Say what?! Mayor Michael Bloomberg said on Friday that New York police “disproportionately stop whites too much and minorities too little.”

“Our mayor’s comments prove he just doesn’t get it,” said city Councilman Robert Jackson, co-chair of the council’s Black, Latino and Asian Caucus.

A spokesperson for Bloomberg said critics were “fabricating outrage over an absolutely accurate comment.”

In a report showing a sharp decline in the city’s murder rate,Â more than 90 percent of people killed or shot in the city are black or Latino, according to the AP.