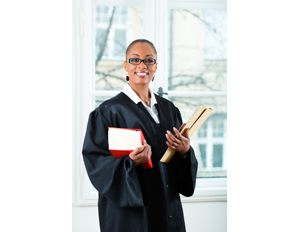 The new figure came Thursday from the Inclusion Initiative, a collaborative program among law departments at major U.S. corporations focused on promoting diversity spending. The amount represents a $7 million gain from the $219 million allocated to MWBE firms in 2015. The total dollar volume participating law departments have distributed to MWBE firms has surpassed $200 million every year since 2012. The number also represents a huge gain from $42 million, which was spent on those firms in 2010 when the initiative started.

Over $1.24 Billion Distributed to Minority and Women Law Firms

Since the program’s launch, participating companies have generated more than $1.24 billion in expenditures on minority and women-owned law firms.

“The Inclusion Initiative is a significant success story in the movement to build and sustain diversity and inclusion in the legal profession,” Rick Meade, vice president and chief legal officer for International Businesses at Prudential Financial Inc. and chairperson of the Inclusion Initiative, stated in a press release.

“The commitment made by the participating companies to support MWBE law firms has proven to be meaningful and sustained, enabling many of our target firms to thrive in an increasingly competitive market.”

Initiative member companies operate in a vast range of industries. Some services MWBE firms provide those big businesses include litigation, real estate transactions, employment and labor law advice and intellectual property work to name a few. Participation in the initiative has nearly tripled to 32 members. It has steadily grown from seven years ago when the law departments at 11 large corporations launched the effort to enhance diversity in the legal profession.

“At Target, we believe that diversity and inclusion make teams better. We’re committed across every part of our business, including our legal team, to working with diverse partners and suppliers,” Don Liu, executive vice president, chief legal officer and corporate secretary for Target, said in a press release.

Steve McManus, senior vice president and general counsel at State Farm, stated in the press release, ‘’Though the Inclusion Initiative, we are proud to join with other leading companies from across the country in giving voice to these important principles and in helping to increase diversity in the legal profession.”

The initiative is administered by the National Association of Minority and Women Owned Law firms (NAMWOLF), consisting of 174 certified MWBE law firms in 42 states. “Corporate members of the Inclusion Initiative are a testament to the adage of putting thought into action,” said William Delgado, Inclusion Initiative Task Force Co-Chair and Board Member of NAMWOLF.

Joel Stern, CEO of NAMWOLF, told Black Enterprise that firms in his group and other MBE/WBE firms want the opportunity to compete for business from Fortune 500 companies but they only expect to win the business if they meet the quality and value metrics the corporate legal groups use.

Increasing Accessibility to Boost Diversity in the Corporate World

However, Stern says, the first step is letting them in the door. “This is what supplier diversity is about and supplier diversity needs to extend to the legal groups in corporate America. These 32 companies are leaders in making this happen and we congratulate them for their leadership.”

Adkins of Toyota Financial Services says her company is committed to sending more high-level legal work to NAMWOLF firms, enhancing its relationships with these firms, and providing them with further exposure to the business needs of the company.

Stern says his group hopes other corporate legal groups take steps to help MBE/WBE firms prosper. He claims that can include joining the initiative or becoming more active in NAMWOLF.