Power in the Boardroom: Directing the World's Largest Companies 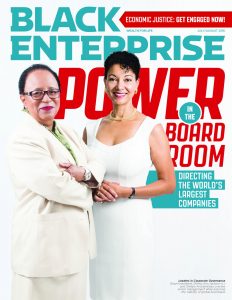 Any CEO weighing strategic decisions that determine the future direction and fate of stakeholders at one of the nation’s largest publicly traded companies would find himself in the best possible position, if Rensselaer Polytechnic Institute President Shirley Ann Jackson served on its corporate board–and for good reason. The former Nuclear Regulatory Commission chair’s experience and background–which intersects corporate, academic, and government worlds–has made her an invaluable asset to an array of boards grappling with critical 21st Â century business matters. Dealing with issues such as big data and high-performance computing (IBM); transportation and logistics (FedEx); energy efficiency (Public Service Enterprise Group); and biotechnology and life sciences (Medtronic) have all been a part of Jackons’ portfolio. As such, she’s adroitly handled the complexities and demands of multiple boards, in large part, because they overlap with her institution’s “signature research thrust areasâ€ as well as connects with her enthusiasm for effective corporate governance. “In lieu of what some people would call relaxation, I enjoy these things,â€ she says.

Shellye Archambeau, CEO of Metric Stream–which develops governance, risk, and compliance apps for major companies–represents another blue-chip board selection. The 30-year tech industry veteran offers her insights in boardroom deliberations as a corporate director of two companies under reconstruction: New York-based Verizon Communications, which in the past year has acquired AOL for $4.4 billion and Yahoo’s operating business for $4.83 billion in its bid to become the global leader in mobile media, and Seattle-based upmarket retailer Nordstrom, which continues its expansion in the e-commerce space. Moreover, this Silicon Valley CEO engaged in board service with these two powerhouses. This is because they “have high integrity, strong corporate cultures, have a good business, are undergoing transformation–because that’s just a personal interest of mine. They are, indeed, embracing the future role of technology.â€

Jackson and Archambeau can be found on this year’s exclusive Black Enterprise Registry of Corporate Directors, highlighting African Americans making significant contributions as some of the nation’s most powerful guardians of shareholder value. Our listingÂ includes 216 board members from a universe of the 300 largest companies found on the S&P 500 based on market capitalization as of May 20, 2016. (We expanded the list from the S&P 250 to create a more complete snapshot of board diversity across a range of highly valued companies in various industries.)

Here’s why our registry should hold significance for you: These business leaders are charged with the fiduciary responsibility to increase shareholder value by making decisions–everything from acquisitions and divestitures to executive compensation and corporate layoffs–that can ultimately maximize earnings, dividends, and the stock price. As such, these corporate watchdogs ensure the continued viability of American industry, including trillions of assets and millions of managers, rank-and-file employees, suppliers, and other stakeholders.

“That’s the important thing. In the end, the board is there to ensure the return to the shareholders, while serving the markets it serves and providing excellent careers for the people who work there,â€ says Jackson. “That’s an overall framework, starting with the company being profitable and doing what it needs to do in that regard–in an ethical way, of course. That’s what the board is about, and that’s what the board members are about. In the end, what happens on a board is going to depend on competency, camaraderie, and hard work.â€

Moreover, we hold to the same contention that the critical factors that drive 21st century competitiveness–continuous innovation, shifting demographics, and gaining a significant share of black consumer and business markets–means corporations can ill afford to operate without the presence of African Americans in the oversight process. In this year’s special report, we also examine African American female representation (see “Where Are Black Women in the Boardroom?â€ this issue). “A focus of mine is, if one is sitting on the boards, to look at the question of what those pipelines look like in those companies,â€ says Jackson.

For four years, Black Enterprise has produced our registry as a measurement of boardroom inclusion, especially within the elusive tech sector. Our annual listing has had the impact of a sledgehammer related to the diversification of corporate governance ranks. CEOs and board nominating committees of the largest publicly traded companies have reviewed the list and, in many cases, immediately took steps to diversify their boards. State and local treasurers, pension fund heads, shareholder activists, institutional investors, corporate diversity organization honchos, civil rights groups, and even the Congressional Black Caucus, have used Black Enterprise‘s data to initiate their own advocacy efforts.

As a result of sharing this information, a number of high-profile Silicon Valley firms eventually stepped up and placed African Americans on boards. For instance, Apple Inc. appointed James Bell, the former CFO and corporate president of The Boeing Co., making big news in corporate governance circles last September. His selection served as a bellwether sign for the advancement of board diversity at major Silicon Valley companies, since BE began its report in 2013, when we identified S&P tech companies that refused to seat African American corporate directors. It makes sense that Apple would select Bell since he holds a vast wealth of knowledge and expertise, as a 38-year veteran of the world’s largest airplane manufacturer. Not only did Bell guide Boeing through its most turbulent years, but he also retired as the highest ranking African American executive in its corporate history. Since gaining the appointment, he has played vital roles on the Audit committee. Bell, who spoke to senior black executives at an ELC corporate board initiative forum, maintained that it was crucial for black directors to raise issues of companywide diversity at board meetings.

There have been a number of other milestone appointments at tech companies. In May, BET Networks CEO Debra Lee was named to the board of the social media innovator, Twitter, becoming the first African American elected to its board. And in July, Roger Ferguson, former vice chairman of the Federal Reserve and CEO of financial services leviathan TIAA, became the first African American elected to the board of Alphabet, the parent of Google. He serves on its Audit committee.”I’m so excited that Roger has agreed to join our board,â€ said Eric Schmidt, executive chairman of Alphabet’s board of directors in a statement. “He has a long record of distinguished and thoughtful service in the private and public sectors, and deeply understands how technology can improve the lives of people around the world.â€

“I’ve long admired Google’s and Alphabet’s positive impact on people across the globe,â€ Ferguson said in a press release. “I’m honored to join the Alphabet board and look forward to helping the company in its many terrific opportunities ahead.â€ He joined the U.S. Federal Reserve System in 1997 and served as its vice chairman from 1999 to 2006. He has also been a member of the board of directors for General Mills Inc. since December 2015.

Says Archambeau of the new developments, “I think it’s all a good sign and a good indication that companies are beginning to realize the value and importance of having board members that are indeed diverse and represent their target customers.[…] I think it’s come about as a result of, frankly, focus and scrutiny. I think when you put something under the spotlight, it will improve.â€

However, Archambeau believes that such diversity efforts must be monitored, “I think it’s something that, periodically, you have to go back and check. It’s like anything else; you have to inspect what you expect.â€