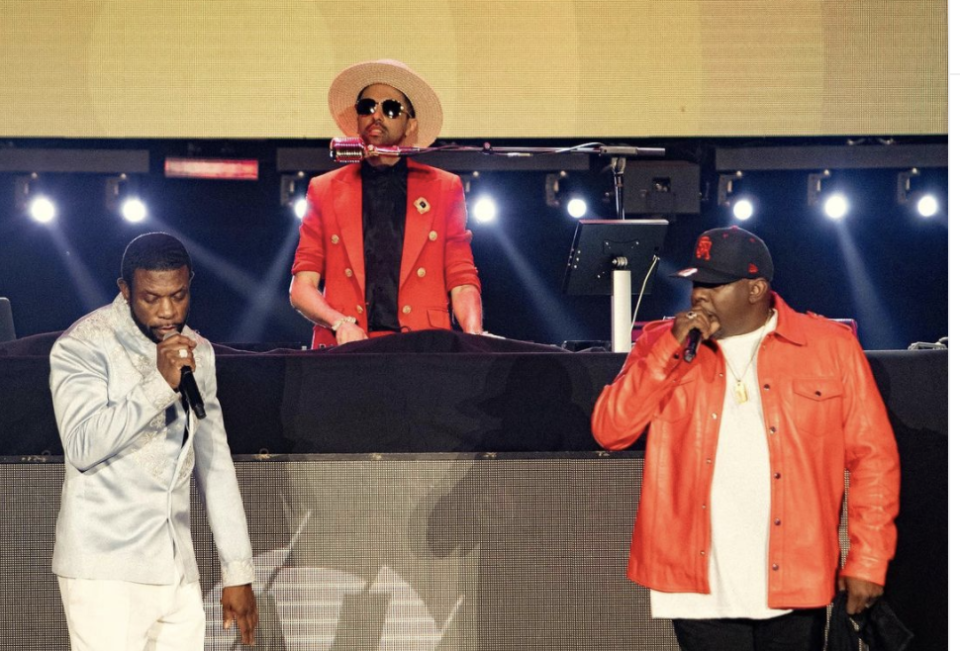 Thursday night’s Verzuz from the Essence Festival was everything Gen-Xers needed it to be. And social media went nuts.

DJ Cassidy played songs from the two veteran entertainers. The two artists went head to head with their best tracks, including “I Want Her” and “Every Little Step.”

Uncle Keith blew minds by playing tracks many had no idea he penned like, the late Johnny Kemp’s jam “Just Got Paid” and Guy’s slow jam supreme, “Let’s Chill.”

Here are some of the best tweets to commemorate the night.

Uncle Keith didn’t want the smooth taste to fool us. He let DJ Cassidy know he was a goon back in the day.

Lmaooo Keith Sweat just said he would have robbed Dj Cassidy back in the day and I believe him. This man is G O N E 😂#VERZUZ pic.twitter.com/AXuBzgheh9

They even sang each other’s songs which prompted this hilarious tweet.

Sweat hyped up the crowd with his nod to Drake and transition into his classic hit “Make It Last Forever.”

Keith Sweat transitioned Drake’s “All Me” verse into “Make It Last Forever” during tonight’s #VERZUZ pic.twitter.com/jiqJIWxm9p

Although Brown’s voice is a shell of what it once was, he still had moves.

Brown had everybody shook when he went into “Roni.”

My heeeeart belongs to Roni!! She’s my only Looooooooove! #VERZUZ pic.twitter.com/LL05Mgewzx

It was no secret that Sweat was gone off the Ciroc. He even serenaded the alcoholic beverage.

Lmaoooooo Keith Sweat is singing to the Ciroc 😂😂😂😂😂😂😂😂😂😂😂#Verzuz pic.twitter.com/aRy9pkzihB

Bobby gave it his all and Keith Sweat got drunk on the Ciroc! 😬 #VERZUZ pic.twitter.com/ruwsF6KIKx

All in all–fun was had by all. You can’t outdo Black people.