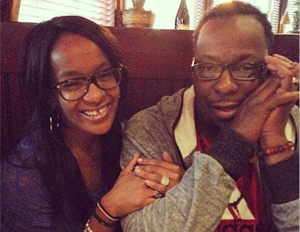 R&B legend Bobby Brown released a statement to US Weekly yesterday on his daughter Bobbi Kristina Brown’s condition. “Privacy is requested in this matter,” he said. “Please allow for my family to deal with this matter and give my daughter the love and support she needs at this time,” according to the site. US Weekly says that the singer is at his daughter’s side.

Cristopher Brown, Bobby Brown’s legal counsel, stated, “The report that Bobbi Kristina Brown has been taken to the hospital in Atlanta, Georgia is accurate. No additional information will be forthcoming.”

This is all after the 21-year-old’s husband, Nick Gordon, found herÂ unconscious in the bathtub on January 31 in their Roswell, Ga., home. Roswell Police Department’s Lisa Holland confirmed that Bobbi Kristina was facedown in the bathtub. TMZ reported that Brown suffered “significantly diminished” brain function, and doctors informed family that her condition didn’t look good.

The death anniversary of Whitney Houston, Bobbi Kristina’s mother, is soon approaching. The global icon, also found in a bathtub, was pronounced dead on February 11, 2012.

Bobbi Kristina’s family members are “praying, hoping for the best,” according to People. Fans of Houston have also taken to social media to spread their condolences and prayers.