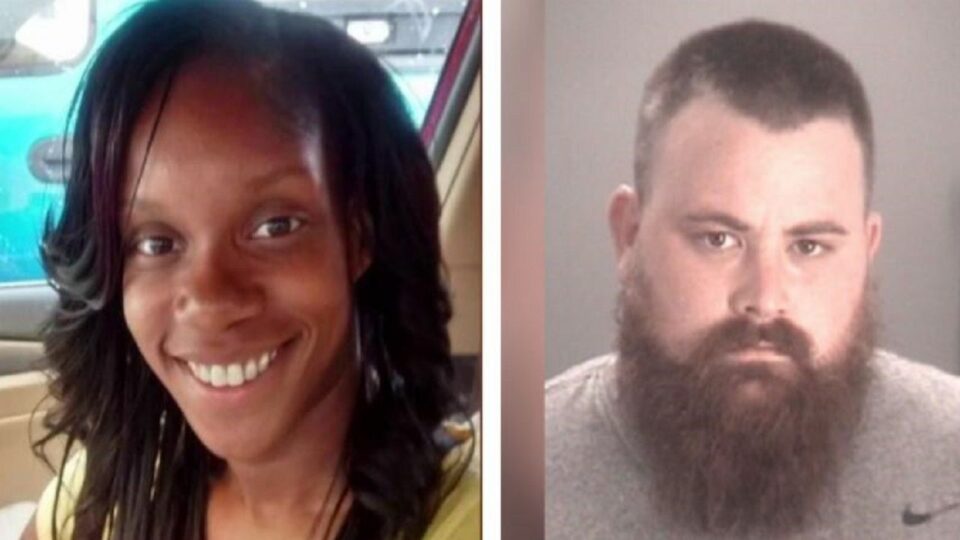 The body of a 34-year-old woman who went missing after a night out with friends has been found and her boyfriend was charged with the murder.

Kathleen Moore’s body was located in the woods of New Port Richey on Tuesday one day after police arrested her boyfriend in connection with her missing person’s case, WTSP reports. Collin Knapp, 30, was arrested and charged with second-degree murder in the case. Knapp and Moore spent the last five years in an on-and-off relationship, Sheriff Chris Nocco said.

“She was actually covered – you can almost describe, she was definitely covered on purpose to make sure nobody could come upon her,” Nocco said.

The Pasco County Sheriff’s Office responded to a call from someone walking in the area of Carmel Avenue around 11:30 a.m. and noticed a woman’s remains covered in “thick brush.”

Detectives used tattoos to identity the body as Moore’s.

The Sheriff promised to “bring her justice, we will bring her family justice,” following Knapp’s arrest. Moore’s body was located about 50 yards northeast of Knapp’s home in a heavily bushed area that made it difficult to see.

Collin Knapp, charged with second degree murder of his girlfriend Kathleen Moore, made his first appearance in court via video from jail. He’ll be held on no bond. @BN9 pic.twitter.com/kekLGa6NxJ

Investigators discovered Moore’s blood on clothing that Knapp threw into the trash at the Harold Seltzer’s Steakhouse where he worked as a kitchen manager, People reports. The couple was last seen together on Nov. 28 after a night out at bars with friends.

“They had been arguing at some of the bars,” Nocco said.

After leaving the bars, they went back to Knapp’s home where they continued to argue.

“At this point, Collin claims Kathleen left with her backpack and left the residence,” Nocco said. “There is no evidence that we have right now that shows that she left that residence.”

Knapp is being held at the Pasco County Detention Center and is expected to be arraigned Tuesday afternoon.