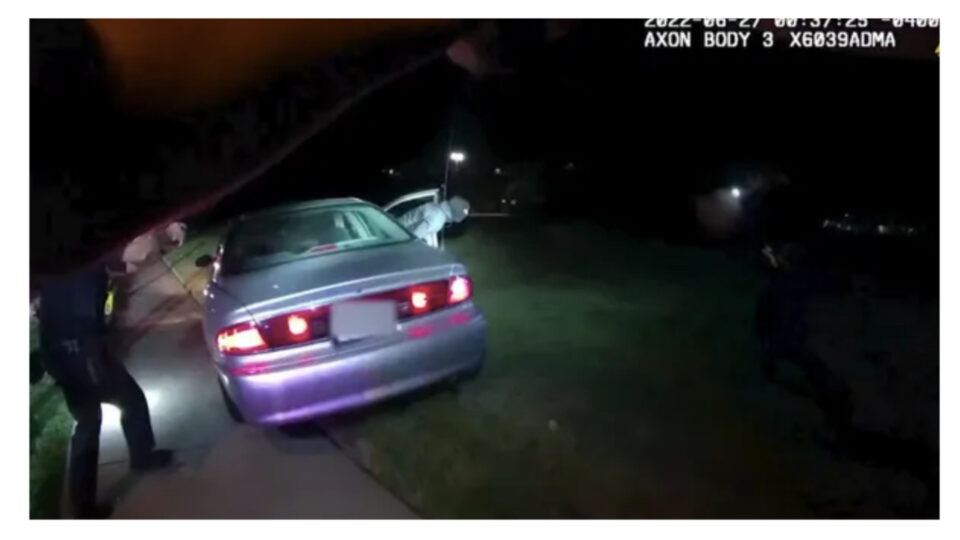 The police in Akron, Ohio released the bodycam footage of them killing 25-year-old Jayland Walker. The footage was released on July 3, and it is extremely disturbing. Walker was shot at least 60 times by the officers from the Akron Police Department on June 27 during a traffic stop.

The police claimed Walker, who was reportedly wearing a ski mask, exited his vehicle and fired at them before he took off on foot. They said they returned fire in self-defense but immediately tried to help Walker. When the medical examiner arrived, Walker was lying on his back, handcuffed and motionless with gunshot wounds to his abdomen, upper legs and face. A gun was found inside Walker’s vehicle.

“Actions by the suspect caused the officers to perceive he posed a deadly threat to them… In response to this threat, officers discharged their firearms, striking the suspect.”

The bodycam footage captured several officers approaching Walker’s vehicle after he stopped and ran. Several officers are seen beginning to chase Walker before there is a short pause on the video. The footage then shows the officers opening fire on Walker. They fired at least 90 shots.

The medical examiner reportedly found at least 60 gunshot wounds on Walker’s body but the exact number is yet to be determined. NAACP President Derrick Johnson called Walker’s death murder, not self-defense.

“It wasn’t an accident in the heat of the moment, it was murder. Point blank. This Black man was killed – struck more than 60 times by 90 fired bullets – for a possible traffic violation. This doesn’t happen to white people in America.”

The  Fraternal Order of Police in Akron claimed an investigation would prove the officers’ actions were justified, including the number of shots fired.

The Justice Department’s Civil Rights Division, Akron’s FBI field office and the U.S. Attorney’s Office said in a statement that they are monitoring the investigation being conducted by the Ohio Bureau of Criminal Investigation.

“The FBI continues to coordinate with state and local partners to provide resources and specialized skills,” it read. “If the evidence reveals potential violations of federal criminal statutes, the Justice Department will take appropriate action.”