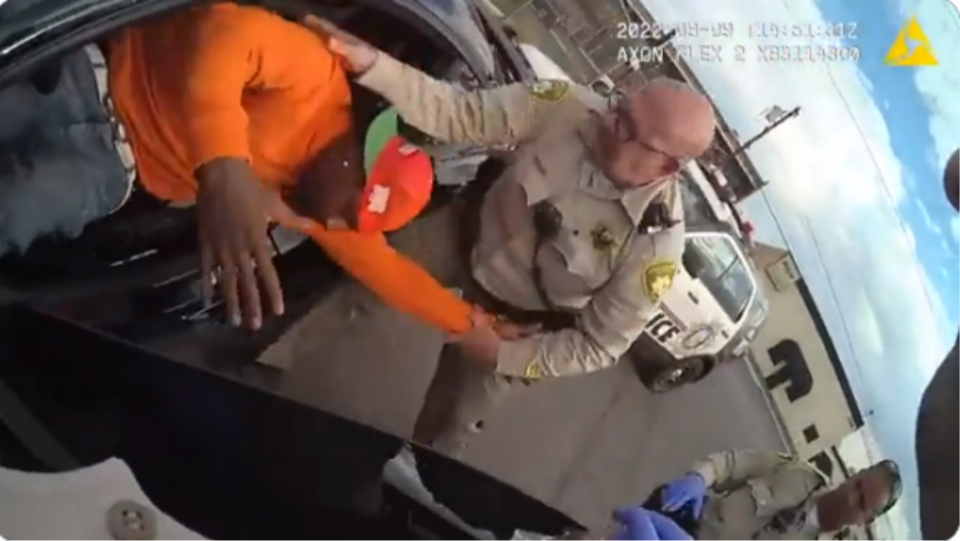 Lynch, 36, is seen speaking to officers through an open door on the driver’s side of his vehicle. When the officers asked Lynch to step out of the car, he refused to comply, which prompted his forced removal, NY Post reports.

“The car’s not on, the car’s not going,” Lynch said while seemingly trying to reason with the officers.

“Right now, if you don’t get out of the vehicle, you’re going to be charged with obstructing an investigation,” one officer responded. “That is a criminal offense, and you will go to jail.”

Lynch asked, “what’s the problem?” and said that “everything is understandable” before officers worked together to drag him out of the car and onto the ground where he was handcuffed.

Lynch was arrested at approximately 7:30 a.m. on Tuesday in a vehicle he told police he stole. Video shows that Lynch was asleep at the wheel, with officers saying he smelled of alcohol and was driving a car in “undrivable condition, Fox News reports. The car’s front driver-side tire was missing.

Lynch was stopped at Fairfield Avenue and West Utah Avenue after officers “determined that Lynch was impaired and conducted an arrest,” police said.

Lynch’s attorneys, David Chesnoff and Richard Schonfeld have since argued that Lynch’s car “was safely parked and not in operation,” ESPN reports.

The former NFL player’s bail was set at $3,381. He was cited for failure to refuse/surrender, a failure to drive in a travel lane, and his vehicle was not registered.

Lynch is due back in Las Vegas Municipal Court on Dec. 7. It’s the second DUI for Lynch following his 2012 DUI.