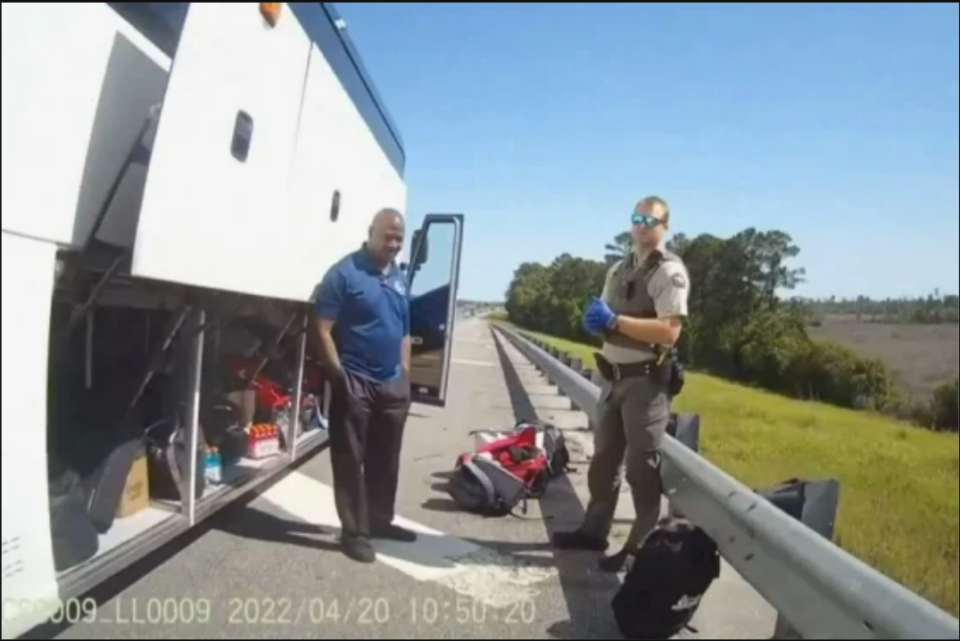 Deputies had denied searching through the personal items of the women’s lacrosse team at Delaware State University during an unwarranted stop and search. But recently released bodycam footage proves otherwise.

The footage goes against Liberty County Sheriff William Bowman, who claimed the officers did no such thing.

The unwarranted search was conducted late last month when the Delaware State Hornets were returning home from a game in Florida along the I-95 in Liberty County, Georgia. Police stopped the team’s Black bus driver, Tim Jones, over claims he was improperly traveling in the left lane.

Players felt like they were being racially profiled during the April 20 encounter. But, Bowman denied that motivation. “Before entering the motorcoach, deputies were not aware that this school was historically Black or aware of the race of the occupants due to the height of the vehicle and tint of the windows,” he said.

He added at a Tuesday press conference that “no personal items on the bus or any person were searched.”

“This is what we do,” one deputy told a player. He described how their job is to stop commercial vehicles in search of drugs, “large amounts of money,” or children being trafficked.

Now that the footage has been released, the women’s lacrosse team is happy that bodycam footage proved their claims of having their personal items searched.

“It gives me a sense of relief so that everybody else can see what they did to us and how we felt in that moment,” player Sydney Anderson, 19, said.

“They were searching through our belongings and luggage for 20 minutes. I remember them going through my friend’s and she was saying, ‘That’s my bag,’ and they were looking through her panties.”

Anderson posted a personal video from the encounter on social media asking if this is what “it means to be Black in America?”

Delaware Attorney General Kathleen Jennings has requested the justice department to conduct a formal review of the incident, the Delaware News Journal reported.