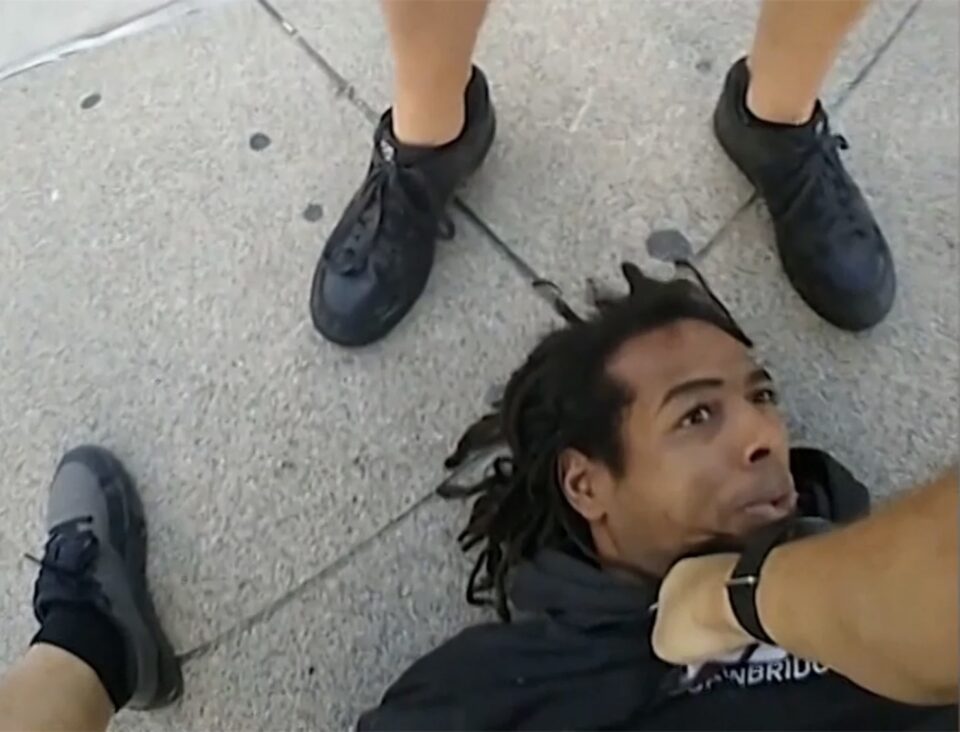 The FBI is investigating a White Indiana police officer after video showed him seemingly stomping a homeless Black man in the head while he was being arrested.

According to police, authorities are also investigating another misconduct on the part of Huxley. Police say bodycam video shows Huxley stomping on the head of 39-year-old Jermain Vaughn as he was handcuffed on the ground on September 24.

The department’s Police Chief Randal Taylor offered comments concerning the incidents Tuesday. According to police, Huxley has been suspended without pay and Chief Taylor recommends firing Huxley. He is also being charged with two felonies, according to NBC News.

“I’m upset. It hurts me to see any of our officers treat someone the way that you’re going to see here shortly. No excuse for it,” Taylor said, referring to the bodycam video of Vaughn’s arrest on suspicion of disorderly conduct. “I promised this community, and I promised our officers, that I would be transparent. That’s in good times and bad times. This is a bad time.”

“To the citizen involved in this incident, my thoughts and prayers go out to you,” Taylor said in a statement. “That interaction does not represent IMPD and the work our officers do each day to keep our community safe.”

Huxley, who has worked on the force for 14 years maintains his innocence.

Huxley’s attorney, John Kautzman, said in a statement that his client looks forward to proving he did not act illegally or with criminal intent.

“Over the course of his nearly 15-year career, Sgt. Huxley has been an exemplary police officer. He has never before faced criminal charges or any type of department discipline or excessive force allegations,” Kautzman said.

“He is very sorry about any pain caused to Mr. Vaughn as a result of his actions and the negative scrutiny upon his Department and fellow officers,” he said. “This incident resulted from his perception of the need to attempt a trained police technique that unfortunately struck Mr. Vaughn in an unintended area of his body.”

Body cameras were introduced as a police accountability tool after the killings of Michael Brown and Eric Garner in 2014.