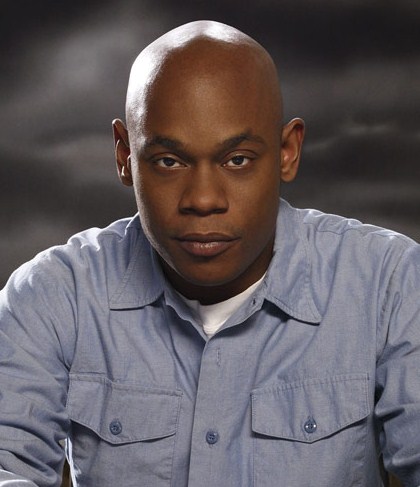 Bokeem Woodbine admits that there are a lot of roles he would still like to play when it comes to his acting career, but one wish was recently fulfilled. Woodbine–best known for starring in Jason’s Lyric and appearing in films like Black Dynamite, Devil and Fleshwounds–plays Harry in the 2012 reboot of Total Recall.Â  According to Woodbine, appearing in a sci-fi film was an unexpected dream come true.

BlackEnterprise.com caught up with the actor/musician to chat about what makes Total Recall a must see film (Hint: It’s all about the special effects), the Afro-Mexican slave he hopes to play in a biopic, and new plans for his rock band.

Talk about this version of Total Recall and are there parallels to the original?

There’s a lot of similarities between the first and this one, as far as the story line is concerned. The basic premise is there’s a man who is not sure that he is who he thinks he is. He’s having dreams early in the film that lead him to believe that maybe there’s something going on just beneath the surface in the world that he’s come to know and that things may not be what they seem, and he’s trying to get to the bottom of why things are this way. And there’s a whole lot of action and adventure.

What role do you play?

I play Harry, who, from my point of view is a friend, mentor and big brother figure who wants to help his friend who is obviously going through challenges.

If you had to sell the movie in 30 seconds, what are the three coolest points you would bring up?

Dynamic, innovative groundbreaking visual affects would be one. It’s a great cast, that would be two, and the fight scene between Jessica Biel and Kate Beckinsale would be three.

Can you share a funny or interesting story from set?

Not really, but they were having a blast. I looked at it like this is work right here but I’ll have fun at the premiere. I had fun in the moment of shooting, that’s always fun but I was pretty reserved and serious so I don’t have any funny stories.

Looking at your overall career, what are some roles that you haven’t played that you would like to?

There’s some historical characters that I’d like to play that I haven’t had a chance to but I played something I never thought I’d get a chance to like with Total Recall–the science fiction genre. I never thought that I would ever be in a science fiction film. That was just one of those things I came to grips with early in my career, like, it’s never gonna happen and then boom, Total Recall. The other thing was a western and we just shot a western. It’s a short called They Die by Dawn it’s got a great cast and it’s a great piece. We’re gonna get it out on the festival circuit.

Who’s one of the historical figures you want to play?

There’s a cat named Yanga and people don’t really know about him but they can Google him, Gaspar Yanga, and he was a prince from Gabon who was kidnapped by conquistadors and taken to the Americas and he escaped and lead a revolution that ended with the King of Spain being forced to give him some free land in Mexico. A lot of people don’t know that the first slaves were brought to Mexico and he was a real hero. It’s kind of like a similar story to Braveheart, so that’s been a dream a life long aspiration and I’d love to make that happen. He’s one of many people that I’d like to play.

Music is also a big part of your career, how do you balance music with acting?

13 Purple Dragons is the name of my band. I play lead guitar and I write my own music. I’m actually in the process of recruiting two new people, a bass player and a drummer. I was gonna do the whole thing independently from start to finish but now I’m thinking bigger than that, so we have been recording a lot and we’re confident about it and when I say, “We,â€ I mean we is me [laughs]. I am 13 Purple Dragons right now but I’m very confident about finding the bass player and the drummer, so I wouldn’t be surprised if by the end of this year you hear something from us, like a single.

We’re getting the wrap it up sign but is there anything you want to add?

Thanks so much for your time. I love the publication, and I hope everyone goes and checks out Total Recall. It’s definitely worth the price of admission.