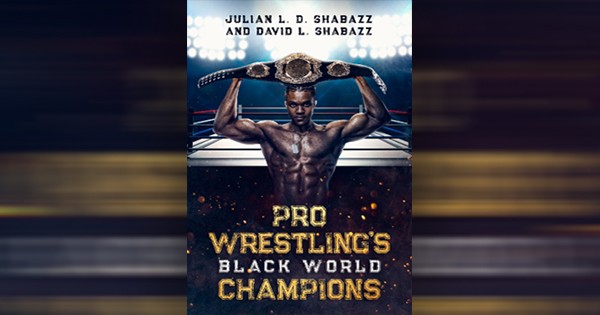 Their names are legendary in the world of professional wrestling: Bearcat Wright, Bobo Brazil, “The Big Cat” Ernie Ladd, Booker T, and Dwayne “The Rock” Johnson.

From the late 19th century to the present times, Black wrestlers have been an important part of this hugely popular sport, yet many fans have forgotten or overlooked the pioneers who blazed trails for the current superstars and elevated the entire sport of professional wrestling.

Pro Wrestling’s Black World Champions offers insight into their careers, background, and signature moves and slogans that propelled each wrestler to the top of their respective federation. The book is co-authored by the late Julian L.D. Shabazz, historian and leading authority on the history of African-American wrestlers, and his brother professor and scholar David L. Shabazz. The book is available now on Amazon and all bookstores worldwide.