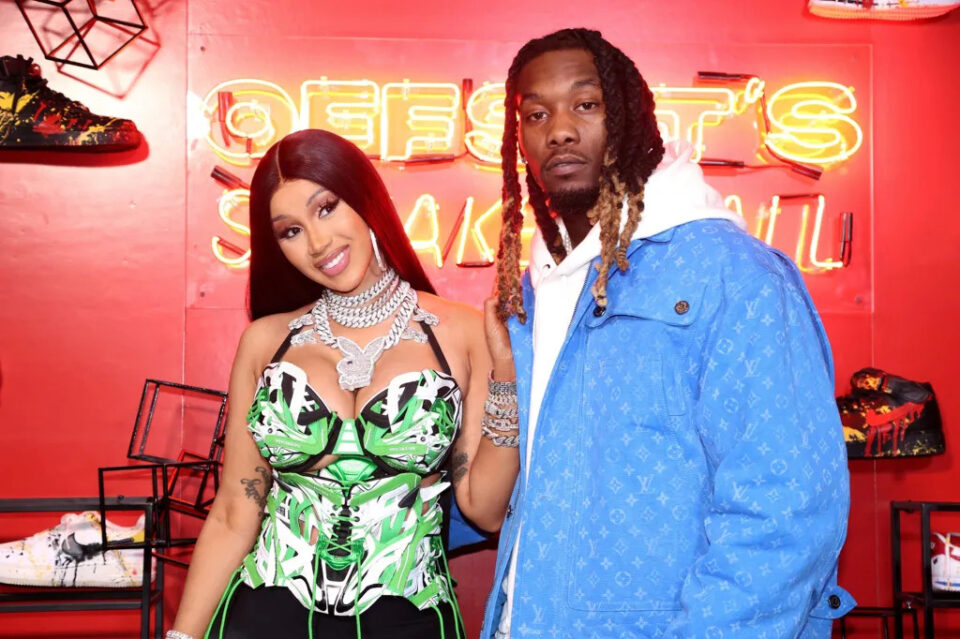 On Monday Night, celebrity hip-hop couple Cardi B and Offset took their palates to the chic Brooklyn Chop House, where they served up some love to servers who gave them good service.

According to Page Six, the pair took over a few tables, feasting on orders of dumplings and dessert. Although the tab totaled $,3000, they left the staff a $1,400 tip.

In the middle of dessert, the rap couple posed for a picture alongside the owner of the Brooklyn Chop House, Robert “Don Pooh” Cummins, which was later shared on Instagram. Rocking casual chic, the “WAP” rapper stepped out in a black Vetements hoodie and orange-framed glasses. Her husband, meanwhile, came to dinner in a Supreme puffer coat over his hoodie, also wearing shades.

The Brooklyn Chop House is slated to launch its second location in Times Square on March 7. It is known as the only restaurant offering a 3-pound. 45-day dry-aged porterhouse, a 7-pound Peking duck, and a 4-pound salt & pepper lobster at one table.

This wouldn’t be the first time Cardi B and Offset dined at the Manhattan eatery, also tipping generously. According to the celebrity gossip site, they arrived at an already packed restaurant for a private dining experience last November.

But the restaurant had to sway diners with bottles of Cristal for them to leave sooner to cater to the couple and their entourage of about 10 persons. What was a $1,000 bill for dinner turned into an additional $1,000 for the server.

A source told Page Six, “[Cardi] was very gracious, and really nice. She was very friendly to everyone. Everyone loved it.”

The couple got married in 2017 before having their first child together in 2018. Although there have been talks of splitting over the years along with cheating rumors, they seemed to have made it through and welcomed their second child in September 2021.