Borrowing Money for College? It’ll Cost More to Pay It Back 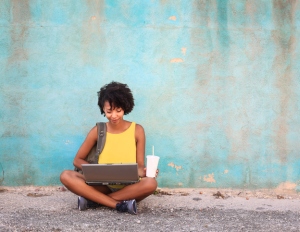 Borrowing money for college just got a little more costly.

It’s been widely reported that interest rates on federal student loans will be going up effective July 1. Undergraduates who take out Stafford loans for the 2017–2018 school year will pay 4.45% instead of the current rate of 3.76%.

Most experts say that even with the higher rates, the loans are still a good deal.

“Since their interest rates are fixed, they won’t go up in the future, and they also come with crucial protections like income-driven repayment and forgiveness for public sector workers,” she continued.

But higher interest rates do mean more money will be needed to repay those loans for those borrowing money for college.

“For graduate students, the interest rate on new Direct loans will climb from 5.31% to 6%,” the Washington Post reports. Parents who take out PLUS loans to support their children’s undergraduate education will be paying 7% on a PLUS loan, instead of 6.31%.

Pay Your Loans Back the Smart Way

The other concern? The new rates are good only for loans taken out for the 2017–2018 school year. Although the rates are fixed—which means interest rates for current loans are not going up—it’s possible that they could go up again next year, which would affect students that borrow every year.

“Students and their families shouldn’t panic about this year’s increase, but they should keep in mind that if interest rates continue to go up while they are in school, that will also have an impact on their monthly payment and total repayment costs after they graduate,” Stephen Dash, chief executive of Credible.com, is quoted in the Washington Post.

“They should be aware that because some colleges front-load their financial aid offers, they may get less financial aid each year they enroll, and have to borrow more when they are seniors than they did when they were freshmen,” he continued.

So if you’re borrowing money for college, do it intelligently—and pay your loans back in a way that makes sense for your pocketbook. Enroll in an income-driven repayment plan, which forgives all loan balances after 20 years of payments—no matter what interest rate you’re paying.