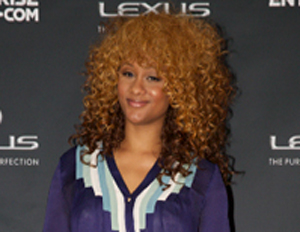 Mecca Moore has always believed in the power of female ingenuity. As co-founding partner ofÂ  ThinkPynk.com (Pynk Magazine), as well as sports business and lifestyle platform Elite Magazine, Moore has made a lifelong commitment to not only showcase female empowerment via engaging features, events and mentorship, but by being the example of that. With a background in public relations, Moore has worked with music and entertainment leaders including pop stars Karina Pasian (@KarinaPasian) and Dondria Nicole (@DondriaNicole) as well as LaLa Anthony, and top urban brands.

BlackEnterprise.com caught up with the “pretty, powerful and provocativeâ€ Head Pynk Girl in Charge to talk about why women need more venues for empowerment and her business lessons she’s learned while building publishing empires.

BlackEnterprise.com: What led you to start ThinkPynk.com?

Mecca Moore: In early 2010, I was trying to figure out exactly what it was that I wanted to do. I was 23 years old working as a new publicist, and I had the opportunity to work withÂ HoneyMag.com on a series of events. The site later closed, and I felt there was a lane open for me to create something that spoke to multicultural women between the ages of 21-34.

With digital being a route many major publications have gone, what’s in store for Pynk in terms of market share?

I’ve always had a Website for the brand but hadn’t previously given it the proper TLC that it needed to become a real contender in new media. While I understood that increasing the market share was one of the most important objectives inÂ business, I decided to put my energy into more lifestyle activations.Â  Many of my competitors were spending time working on their content and digital presence only while I carved out a separate lane for Pynk with events. This way I was able to stay up in a down market and create a 360 experience for both brand partners and consumers. The actual publication was a way to solidify and document the lifestyle that the Pynk girls live and introduce that lifestyle to the women who aspire to live it.

What specific steps did you take to get the first issue of Pynk to your audience?

The first step was really figuring out who this “Pynk Girlâ€ was. My team and I made a list of women we felt fit the tag line and began to send out pitches.

The second step was figuring out how to pay for everything! Printing, photo shoots etc. are all expensive. So, I did what I knew how to do best. I pitched a series of activations and advertorials to both liquor and hair care brands. Luckily, out of over 30 pitches, six brands said yes, giving me more than $50,000 in profit for the brand after expenses for issue one.Â Since then, we’ve continued to grow and sell activations in several major markets.

The third step was actually the icing on the cake for me. Lala Anthony agreed to be on the first cover of Pynk. I arranged forÂ BET.comÂ to come and cover the photo shoot and interview not only LaLa but also our editors at the magazine at the time. In addition to that, LaLa was filming for her VH1 reality show, “Lala’s Full Court Life,â€ and allowed the photo shoot to be part of the show and aired on her finale episode of season one which ranked about 1 million viewers.

What’s the best advice you’ve ever received, in terms of business and success, from a power woman?

I’ve received several pieces of great advice from many powerful women. Michaela Angela Davis has always told me that since Pynk’s tagline is ‘Pretty, Powerful and Provocative’ to make sure I embrace each sector of the brand, especially our provocative side which allows the Pynk girls to embrace being unique.

Dia Simms, President of Â Combs Wine and Spirits, has always taught me to be ready for hard work and to outwork your competitors no matter what industry you’re in. Hearing this from someone at her level and witnessing her achievements has made me want to work 10 times harder.

Felita Harris, senior vice president of global sales at Donna Karan, has taught me to remain humble and level headed no matter how high up the latter you climb.Â She’s also taught me theÂ importance of knowing everyone on every level from the janitor to the president of the company.

What legacy do you hope to leave in terms of empowering the “Pynk girlâ€?

I’m hopeful that I leave a legacy that not only empowers women but shows all that when we support each other, incredible things happen. I also hope that PYNK can inspire that next generation to #thinkPYNK and take that risk and step outside of their comfort zone in an effort to reach their potential and realize their dreams. Anything is possible if you believe.

What are other ways you’ve been able to monetize the platform you’ve created with Pynk?

Multiple revenue streams have been created stemming from our lifestyle activations to our Pynk Girls ambassador program, which has individually and collectively been able to create strategic partnerships with brands to curate college tours and panel discussions in multiple cities.

ThinkPynk.com is getting a Â facelift. We will not only introduce new content that initially wasn’t a part of our mission, but I also have an upcoming Web series that will bring the PYNK experience to life.Â We will continue to use the same formula but now have the ability to work with both talent and brands that we weren’t able to in the past. Stay Tuned and #ThinkPynk.