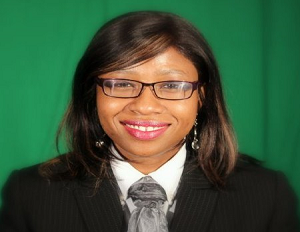 The city of Boston is about to get a new executive to help residents cope with the stress of social, economic, and physical challenges.

Beginning August 30, Atyia Martin will step into her role as chief resilience officer, which is a two-year position funded by the Rockefeller Foundation’s 100 Resilient Cities program. With Boston serving as one of 67 cities worldwide participating in the program, Martin says that one of her first tasks will be to hold community meetings to hear the concerns of residents and better understand ways to handle the issues they face.

“The people who suffer the most after emergencies are disproportionately those who are considered the most vulnerable–people who are low-income, people with disabilities, the elderly, the children,” she told the The Huffington Post. “Then we have the undercurrent of race.”

Martin, 34, grew up in Boston and earned a doctorate from Northeastern University. Most recently, she worked at the Boston Public Health Commission, where she helped to coordinate services for survivors of the Boston Marathon Bombing. With her new position, the 100 Resilient Cities program will cover her $110,000 salary and benefits for two years and will help her in creating and carrying out a plan to improve the city.