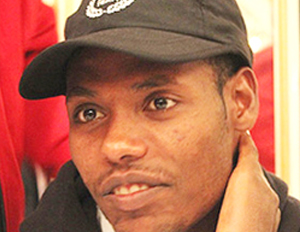 Hats off to Lelisa Desisa, the men’s winner of this year’s Boston Marathon, who intends to donate his medal to the people of Boston.

“Sport holds the power to unify people,â€ Desisa said during aÂ ceremony honoring his achievement at the American Embassy in Ethiopia on Sunday. “Sport should never be used as a battleground.â€

The 24-year-old Desisa ran the marathon in 2 hours 10 minutes 22 seconds, long before two bombs were detonated near the finish line, killing three and injuring more than 150 people.

He says he will return to next year’s marathon, the New York Times reports.

“We commit ourselves to sport,â€ he said through an interpreter, “and we promise that next year in 2014 we will return to Boston to show the world that our commitment to sport, our commitment to our freedom is stronger than any act of violence.â€