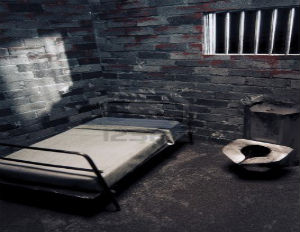 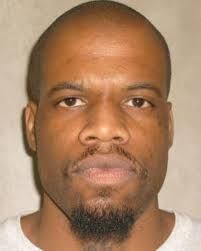 The state of Oklahoma reportedly botched one execution Tuesday andÂ  has postponed another, after a disputed cocktail of execution drugs failed to kill a condemned prisoner in a timely and humane manner.

Witnesses say it took Clayton Lockett more than forty minutes to die and he was left writhing in agony on the gurney, eventually dying of a heart attack.

Lockett was convicted of the murder of 19-year-old Stephanie Neiman in 1999. He was also found guilty of raping her friend.

Since the beginning of this decade an execution using a lethal injection in Oklahoma usually averaged about six minutes.

For three minutes after the drugs were administered, Lockett reportedly buckled violently, groaning in pain and writhing uncontrollably on the gurney.

According to The Guardian Some fifteen minutes after the execution started and without Lockett being declared dead, the blinds separating the execution chamber from the viewing room were closed.

The execution of another condemned inmate, Charles Warner, which had been scheduled for 8 PM Tuesday local Oklahoma time has now been postponed.

Their executions were scheduled to have been carried out using a drug cocktail never before tried in U.S executions.

The two executions were allowed to proceed after a drawn out legal and political dispute in the state of Oklahoma. Inmates challenged the lack of transparency surrounding Oklahoma’s source of lethal injection drugs, actually winning at the state level.

When the state Supreme court stayed their executions in order to hear the case, the state governor, Mary Fallin declared the high court did not have the authority to grant the stay.

Another big issue also at stake is the drying up and lack of availability of drugs used for lethal injection cocktails in states across the country.

Death penalty states have struggled to come up with new execution methods after drug companies opposed to capital punishment and mostly based in Europe have begun withdrawing or limiting supplies.

The macabre development in Oklahoma on Tuesday will more than likely re-ignite the debate over the death penalty in the US, in particular the use of these untested drugs combinations.

Meanwhile, a new report published in the prestigious journal, the Proceedings of the National Academy of Sciences finds at least 4.1% of all defendants sentenced to death here in the United States in the modern era are innocent.

The Guardian is reporting that the research team behind the report “arrived at a deliberately conservative figure that lays bare the extent of possible miscarriages of justice, suggesting that the innocence of more than 200 prisoners still in the system may never be recognized”.