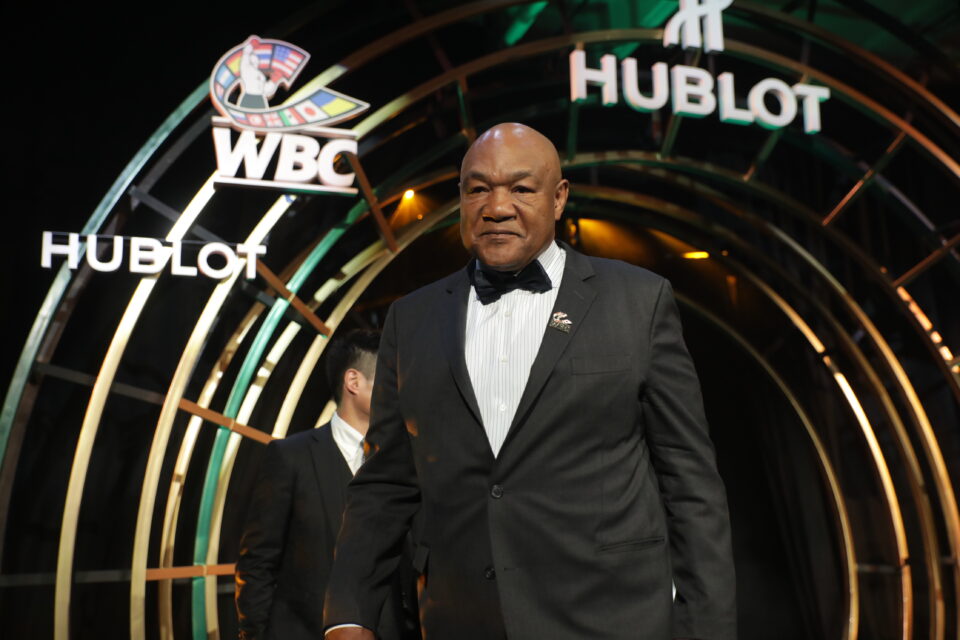 LAS VEGAS, NEVADA - MAY 03: George Forman attends the Hublot x WBC "Night of Champions" Gala at the Encore Hotel on May 03, 2019 in Las Vegas, Nevada. (Photo by Roger Kisby/Getty Images for Hublot)
George Foreman, a two-time heavyweight champion of the world, is reportedly facing the scrutiny of a forthcoming lawsuit from two women accusing him of sexual abuse in the 1970s.
According to TMZ Sports, sources confirm that a lawsuit is slated to be filed in Los Angeles this week by two women whose fathers “apparently had a friendship and working relationship with Foreman decades ago.”However, the boxing legend, now 73, denies all allegations and claims it is an extortion attempt on his fortunes.”Over the past six months, two women have been trying to extort millions of dollars each from me and my family,” Foreman said in a statement Wednesday, per TMZ. “They are falsely claiming that I sexually abused them over 45 years ago in the 1970s. I adamantly and categorically deny these allegations.’

Since January, the pair of women have been asking Foreman to pay them $12.5 million each.

“The pride I take in my reputation means as much to me as my sports accomplishments, and I will not be intimidated by baseless threats and lies,” Foreman said.

He continued, “I am, and always will be, guided by my faith and trust in God,” Foreman said. “I will work with my lawyers to fully and truthfully expose my accusers’ scheme and defend myself in court. I don’t pick fights, but I don’t run away from them either.”

Foreman won a gold medal in only his 25th amateur fight at the 1968 Olympics in Mexico City, per his online biography. By 1973, he had already maintained a perfect 37-0 record, including 35 knockouts, and took home the world heavyweight championship when he fought Joe Frazier in Kingston, Jamaica. He would go on to defend his title twice.

Later, Foreman hung up his boxing gloves and was ordained a minister in 1978. He founded The Church of the Lord Jesus Christ in 1980, then the George Foreman Youth and Community Center in 1984. He returned to the ring to financially maintain his community center.

In 1994, Foreman became the oldest fighter ever to win the heavyweight crown.

According to reports, his net worth of around $300 million, as of July 2022, was ultimately earned from his creation of the George Foreman Lean Mean Grilling Machine.