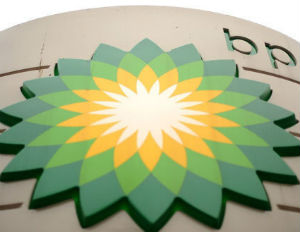 The U.S. government is not letting British Petroleum get off easy for its participation in what many consider one of the worst man-made disasters the country has ever seen.

The oil giant received the latest in a long list of punishments from the Environmental Protection Agency, which resulted in the oil giant’s temporarily being banned from bidding on government contracts.

The EPA says that the oil company did not handle the oil spill in a timely fashion or with the best intentions of those affected. The company plead guilty to 11 counts of misconduct or neglect of ship officers; the explosion itself killed 11 people. Issued to BP was a felony count of obstruction of Congress, a misdemeanor count under the Clean Water Act and a misdemeanor count under the Migratory Bird Treaty.

“EPA is taking this action due to BP’s lack of business integrity as demonstrated by the company’s conduct with regard to the Deepwater Horizon blowout,” the EPA said in a statement. “Suspensions are a standard practice when a responsibility question is raised by action in a criminal case.”

The decision will not affect existing contracts.

B.P. will not be able to bid again “until the company can provide sufficient evidence to EPA demonstrating that it meets Federal business standards,” the agency said.

The company claims it has spent $40 billion since the 2010 spill. It recently was ordered to pay $4.5 billion, an amount many of BP’s harshest critics took issue with. At any rate, BP faces fines ranging between $5.4 billion to $22 billion if found in violation of the federal Clean Water Act and the Oil Pollution Act.