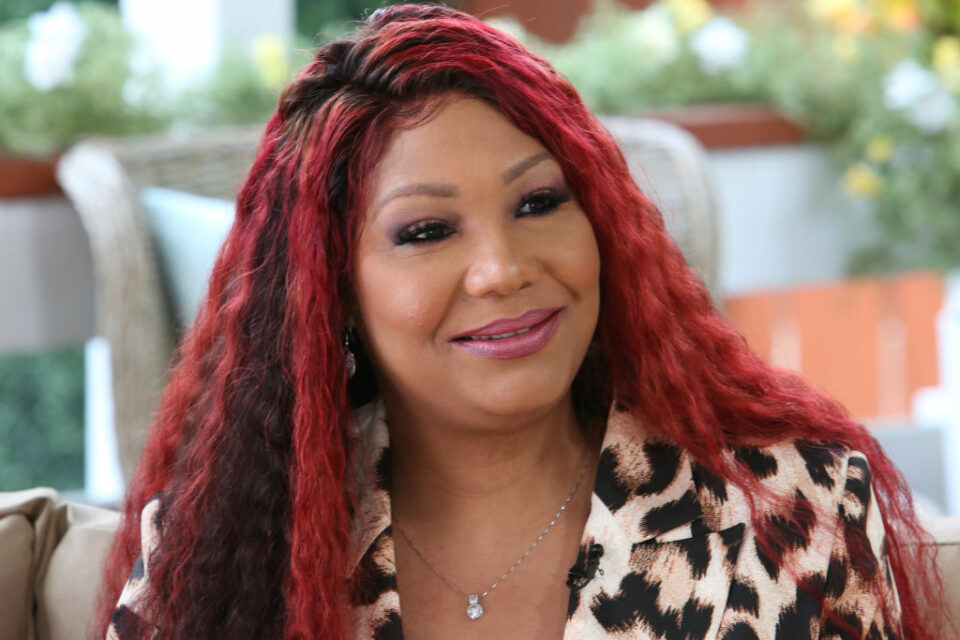 After the Braxtons experienced tragedy with the death of sister Traci Braxton, they reportedly are not happy with her husband and manager, and feel the pair is “exploiting” her death, according to close sources to the family.

Earlier this month, it was revealed that Traci, who was part of the reality TV show, Braxton Family Values with her sisters Toni, Tamar, Towanda and Trina, passed away after a year-long battle with esophageal cancer. She was living with cancer for a year and never made her illness public.

According to the New York Post, the Braxton sisters want to let their late sister Traci rest in peace, but sources are saying that her husband, Kevin Surratt, and the management team are “exploiting” their sister in death.

“Traci did not want a funeral or wake. She did not want people looking all over her body. She specifically requested to be immediately cremated… There was a Zoom meeting that made it clear about what she wanted, and now her husband is trying to cash in on her name,” a Braxton insider told Page Six.

Surratt presented a viewing for Traci last week and her sisters, Tamar, Trina, Towanda, Toni and their mother Evelyn Braxton reportedly did not attend. Their father Michael Conrad Braxton did appear but was initially turned away at the door “for not being on the list.” He was eventually allowed in when recognized by a church member and he sat in the fourth row, not allowed to speak, according to reports.

Surratt, who was married to Traci for nearly 30 years, denied that story and said, “My father-in-law and brother-in-law came in briefly.”

He also said he was planning her funeral for months although she was unaware of it.

“I was with my wife… more than anybody in this world. I know my wife, and when she got cancer, we really started to communicate about funeral plans and I was still trying to find treatments for her. I went to every single one of her doctor appointments throughout our entire marriage. That’s how we were, and now they’re treating me like a [deadbeat] husband,” he said.

He also states that his wife “wanted a viewing and one memorial service in conjunction with her management, PR and other members to come together and celebrate her.”

The Braxton family will be holding their own private memorial “the way Traci requested” on April 2, which lands on what would have been Traci’s 51st birthday.