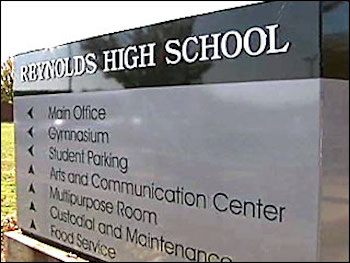 This marks the 74th shooting since the tragic events at Sandy Hook Elementary. The children and community at Reynolds High School in the Portland, Oregon, suburb of Troutdale has had an update in events.

Police have found the shooter dead from self-inflicted wounds. Two people were also pronounced dead on the scene from the shooter’s assault. The tragedy occurred on the second-to-last day of school when Emilio Hoffman, 14, was fatally shot in the boys’ locker room. Physical education teacher Todd Rispler also was in the gym and was grazed by a bullet.

Rispler escaped serious harm and immediately alerted school officials of the shooter. Locked in a classroom, sophomore Dominic Senarsky, 16, said he followed the police response by listening to scanner traffic with a phone app. “I was scared, because we were listening directly to it, so we knew everything that was going on,” he said.

Dozens of police, EMT, FBI, and SWAT Team members responded to the scene. It’s not clear yet how the shooter succumbed to his wounds, but we will continue to update the situation as we receive more feeds.

There is a breaking report that an active shooter is engaging in violence at Reynolds High School in Troutdale.

Reports are flooding Twitter saying that the school is currently on lockdown and authorities are asking people to stay far away from campus until the scene is deemed safe.

There is no word yet on how many people are injured.

Reynolds High School is located at 1698 SW Cherry Park Road in Troutdale, which is a suburb of Portland, Oregon.