The juror asked for permission to speak publicly about the secret grand jury deliberations over what charges to bring against the four officers who fired into Taylor’s home and killed her. Jefferson County Circuit Court Judge Annie O’Connell has yet to make a decision, but Cameron has already announced he will appeal the decision if the judge grants it.

Yahoo News reports that Kevin Glogower, the attorney representing the anonymous juror, filed a response Sunday accusing Cameron of taking advantage of his position. The juror took offense to Cameron speaking publicly but forcing them to stay quiet.

“Anonymous Grand Juror #1 submits the Attorney General cannot choose to part from the rules in disclosing information and then use his position to prevent others from responding to his misleading remarks,” the filing, obtained by CNN, read in part.

The filing goes on to say Cameron commenting on the case “makes it overwhelmingly clear it is his position he should be allowed to discuss portions of the grand jury proceedings that were not recorded but no one else should have the same ability, no matter how inconsistent his public statements are with the actual recordings.”

Since Cameron announced the charges, he has continued to say the actions of the officers were “justified” and has maintained his stance against making the proceedings public under the belief it would cause “irreparable harm,” per his court motion.

“Grand jury secrecy has existed for centuries. Research has not revealed any Kentucky case permitting a grand juror to violate his or her oath, and the most analogous case from a sister state denied a similar request. There is no doubt that the question presented is substantial and is surely deserving of appellate review,” the document read.

Taylor and her boyfriend, Kenneth Walker, were asleep the night of March 13 when Louisville Metro Police barged into her home with a no-knock warrant in relation to a drug investigation. The noise woke Taylor, who thought someone was trying to break in. Walker, who is a registered gun owner, fired a shot toward their bedroom door.

The police responded, firing a bevy of shots toward the couple and hitting Taylor five times. Brett Hankison, one of the three officers who fired shots at Taylor, was fired for displaying “an extreme indifference to the value of human life” when he “wantonly and blindly fired 10 rounds into the apartment of Breonna Taylor,” according to the officer’s termination letter, which was posted to the Louisville Metro Police Department’s Twitter account.

Hankison was the only officer charged in the case, with three counts of wanton endangerment for shooting into a home next to Taylor’s with people inside. Each charge carries a maximum of five years in prison and a stiff fine. 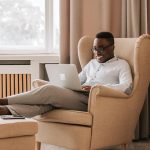