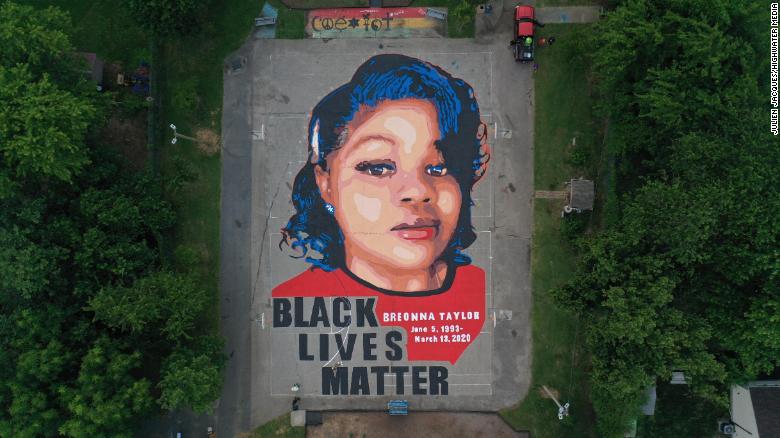 Breonna Taylor’s mother has asked the Kentucky Prosecutors Advisory Council to appoint an independent prosecutor to present her daughter’s case to a new grand jury.

Taylor wrote a letter to the council, saying Attorney General Daniel Cameron’s handling of the case  “undermines the trust and integrity of the entire process.”

“At minimum, my daughter deserves, as do all aggrieved victims, a competent and capable prosecution team which is committed to properly investigating the case, evaluating the law from an unbiased lens, presenting the evidence and allowing the grand jurors to perform the functions guaranteed to them under the law,” Tamika Palmer wrote in her request for relief, according to CNN.

Cameron only charged one of three officers involved in the incident. Brett Hankison was charged with three counts of wanton endangerment for wildly firing into Taylor’s neighbors’ apartments. Cameron later admitted he didn’t bring charges against the other two officers, Sgt. Jonathan Mattingly and Det. Myles Cosgrove, who fired the fatal shot, because Taylor’s boyfriend Kenneth Walker fired the first shot, thinking the police were burglars.

Cameron said when he announced the charges, the grand jury was “given all of the evidence, presented all of the information and ultimately made the determination that Detective Hankison was the one to be indicted.”

However, two grand jurors have since said that Cameron never brought any other charges, including murder, to them. Palmer wrote in her letter that if it weren’t for the grand jury members who placed “themselves and their freedom in jeopardy” to speak out, her family would still be in the dark about what Cameron did.

“The Attorney General’s unwillingness and refusal to prosecute Breonna’s case, despite grand jurors confirming that they found probable cause to indict the officers on multiple offenses, calls into question whether we face a ‘stacked deck’ when perpetrators are members of law enforcement,” Palmer wrote in her request.

The two jurors, who have chosen to remain anonymous, spoke to reporters Wednesday and said prosecutors were dismissive of their questions and that there was an “uproar” when jurors realized Louisville police officers wouldn’t be charged with Taylor’s death. Both jurors added they agree with Palmer’s effort to have a special prosecutor appointed to review the case.

“Walker’s conduct in shooting Mattingly is outrageous, intolerable, and offends all accepted standards of decency and morality,” the lawsuit said, citing one of the legal standards for intentional emotional distress.