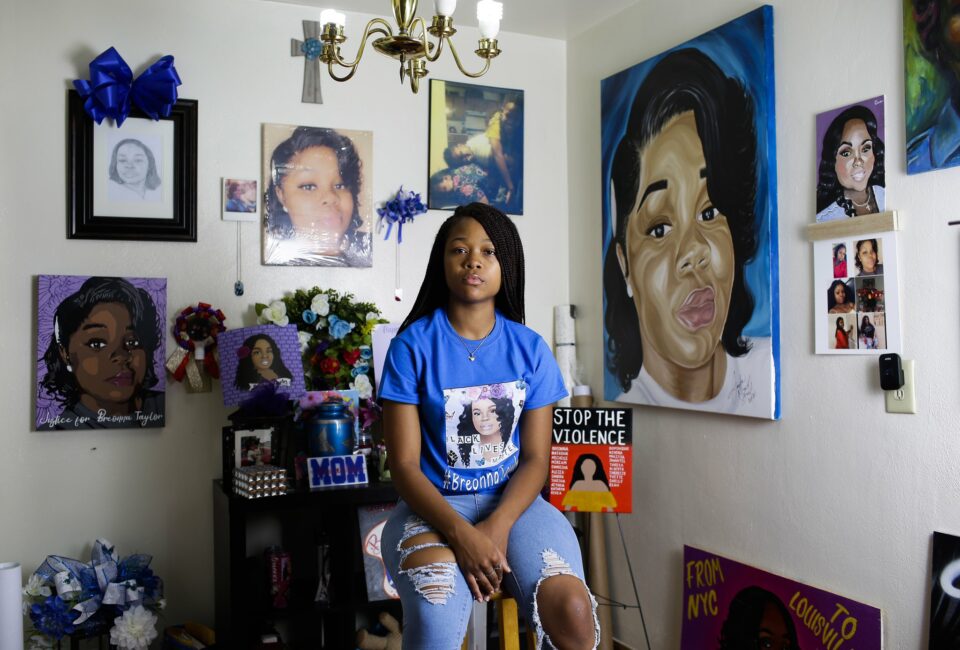 Ju’Niyah Palmer, Breonna Taylor's sister was ejected from court for wearing a shirt calling for the arrest of the police officers involved in her death. (Image: Twitter)

Breonna Taylor’s sister was ejected from court Wednesday for wearing a t-shirt demanding the arrest of the officers involved in her death.

Ju’Niyah Palmer told Law & Crime she was informed the shirt, which stated “Arrest the Cops Who Killed Breonna Taylor,” was inappropriate and presented bias in front of the jury.

“I left because I just feel like they’re running around in circles about what really happened instead of actually really presenting why they’re there,” Palmer told Law & Crime, voicing her frustration with Kentucky Attorney General Daniel Cameron’s refusal to charge any of the officers with Taylor’s death.

Palmer was ejected from the trial of former Kentucky police officer Brett Hankison, who fired 10 rounds into Taylor’s apartment. Hankison was fired for his role in the shooting and charged with three counts of wanton endangerment.

Taylor’s next-door neighbor, Cody Etherton, who lived with his pregnant girlfriend and five-year-old son, testified in Hankison’s trial earlier this week that he woke up when police kicked in Taylor’s door. Etherton added when he heard the first shots fired, he hit the floor and crawled to the back of the bedroom telling his wife to do the same.

“When drywall started hitting me in the face, I already knew,” he said. “One or two inches more, I would have been shot, which I think about all the time. It upsets me — my son would never have been able to meet me.”

“You’re taught to shoot until the threat is stopped,” Mathews said. “You’re obligated to defend yourself, your other officers, and citizens.”

Hankison is set to testify in the trial and the jury will go on a tour of the apartments Friday.

Taylor was killed the night of March 13, 2020, when she and her boyfriend Kenneth Walker were sleeping and police serving a no-knock warrant kicked in their door. The couple thought burglars were trying to break in and Walker, a registered gun owner, fired one shot at the officers, who returned with more than 30 shots killing Taylor.