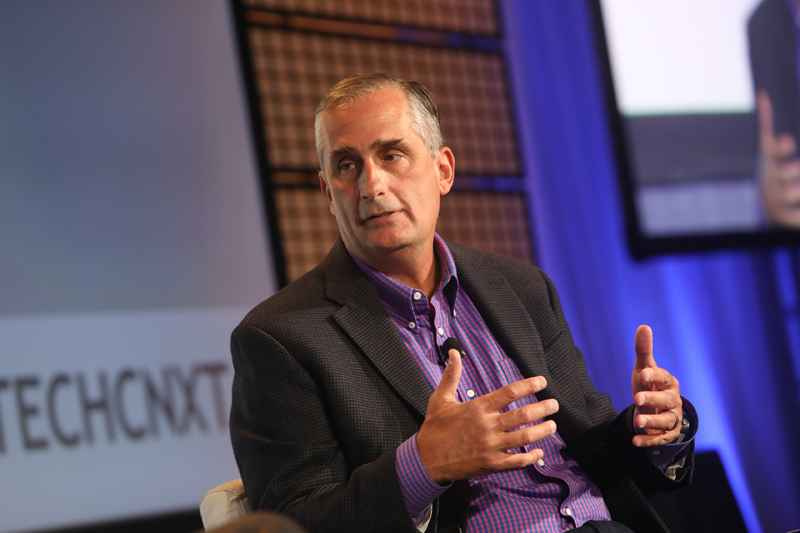 The CEO of Intel, Brian Krzanich, has resigned after it was disclosed he had an affair with an employee—a violation of the company’s fraternization policy.

In a statement on its website, Intel said that chief financial officer Robert Swan would serve as interim CEO effective immediately. From the same statement:

Intel was recently informed that Mr. Krzanich had a past consensual relationship with an Intel employee. An ongoing investigation by internal and external counsel has confirmed a violation of Intel’s non-fraternization policy, which applies to all managers. Given the expectation that all employees will respect Intel’s values and adhere to the company’s code of conduct, the Board has accepted Mr. Krzanich’s resignation.

“The Board believes strongly in Intel’s strategy and we are confident in Bob Swan’s ability to lead the company as we conduct a robust search for our next CEO. Bob has been instrumental to the development and execution of Intel’s strategy, and we know the company will continue to smoothly execute. We appreciate Brian’s many contributions to Intel,” said Intel Chairman Andy Bryant.

Kzanich began his career at Intel in 1982 in New Mexico as a process engineer. He was appointed chief executive officer of Intel Corp. and elected a member of the board of directors on May 16, 2013. He is married with two college-aged daughters.

A Diversity in Tech Champion

During his tenure as CEO at Intel, he led the charge to diversify the company and the tech industry. In 2015, he announced a $300 million Diversity in Technology initative to increase representation of women and people of color in tech.

Under his leadership, Intel exceeded its hiring goal for 2015 to increase diverse hiring by 40% to 43.1%. Hires from underrepresented communities increased by 31%. The company also increased its female workforce by almost 43% at that time.

Many of Intel’s diversity efforts were not solely focused on internal operations. The chipmaker collaborated with Georgia Tech, investing $5 million to boost a more diverse tech pipeline. The joint effort will benefit over 1,000 students in the next five years, providing mentorship, access to research opportunities, and scholarships.

In 2017, Krzanich made headlines after he quit President Trump’s manufacturing council—a think tank comprised of the world’s most powerful business leaders —after controversy arose on how the president handled the violent clashes and murder of a woman by white supremacists in Charlottesville, Virginia.

Last year, he was a keynote speaker at Black Enterprise’s TechConneXt tech summit. On being asked why he, as a white, male engineer, of a Fortune 500 company, would take on the role as a champion of diversity, Krzanich said, ‘First, you have to understand, I never expected to be CEO. It was not on my list of to-dos. I was very happy being one of Intel’s chief engineers and running all our manufacturing… and long story short, I woke up one day and the weekend of my birthday the board decided to make me the CEO.”

“This is a company I worked at for 30 some odd years. You say, ‘OK, I’m going to fix all these problems and all these technical things, but then you say, “Wait a minute. There’s a bigger role here’ that you have a unique opportunity in these jobs to really impact a small part of the world. “

“And I have two daughters who are very technically inclined. One of my daughters for her 12th birthday wanted to build a computer, so we built a computer together, and they both code and all that…I also start thinking about the world they were going to go into, of technology. It’s been a great ride for me, I love technology and I love my career. But I didn’t see that it was going to necessarily be that same opportunity for them. Why not be a little bit selfish too and say, ‘OK, if I can change the world just a little bit and make their opportunities even close to equal to opportunities I had’—if I can do that and help effect that change—why not?”