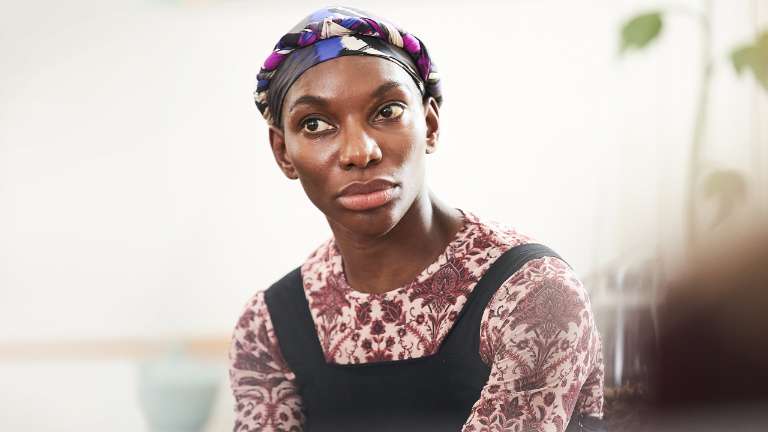 Michaela Coel, in a recent interview with Vulture, says that the BBC One show, I May Destroy You, had interest from streaming giant Netflix before it landed on BBC One. While in negotiations with Netflix, the streaming entity balked at her request for a percentage of the copyright so she turned down their offer for a $1 million deal, according to Popsugar.

Coel is the show’s creator, writer, director, and lead actress. I May Destroy You, originally titled January 22nd, is set in London, where gratification is only an app away. The story revolves around Arabella (Coel), a care-free, self-assured Londoner with a group of great friends, a holiday fling-turned aspirational boyfriend in Italy, and a burgeoning writing career. But when she has a drink that is spiked with a date-rape drug, she starts to question and rebuild every element of her life.

In the Vulture interview, she recalls approaching senior-level executives at Netflix for 5% ownership of the series. “There was just silence on the phone,” she said. “And the executive said, ‘It’s not how we do things here. Nobody does that, it’s not a big deal.’ I said, ‘If it’s not a big deal, then I’d really like to have 5% of my rights.'”

Although they didn’t bite at the 5% she sought, they settled at .5 percent, which eventually didn’t come to fruition. She then stated that her persistence was noticed by a Netflix employee who told her, “‘Michaela? I just want you to know I’m really proud of you. You’re doing the right thing.'”

“I remember thinking, I’ve been going down rabbit holes in my head, like people thinking I’m paranoid, I’m acting sketchy, I’m killing off all my agents,” Coel said. “And then she said those words to me, and I finally realized — I’m not crazy. This is crazy.”

She eventually was able to make a deal with BBC/HBO with full creative control, rights to her work, and an executive producer title.

“We’re thrilled to be working with someone as bold and fearless as Michaela, she has created an ultra-contemporary show which explores the issues of her generation with huge compassion, humor, and a raw truthfulness. It’s an incredibly urgent story which the BBC are proud to be telling,” said Piers Wenger, controller of BBC Drama.