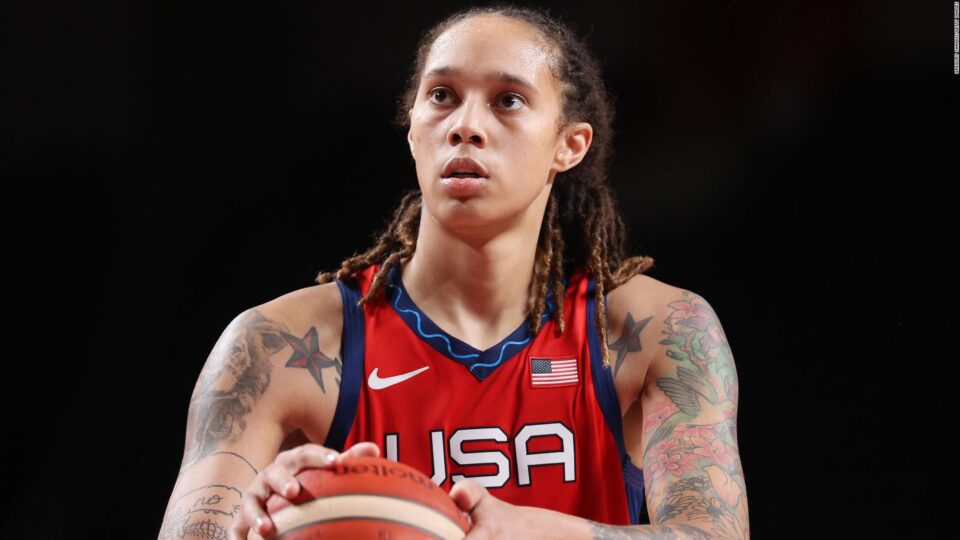 WNBA star Brittney Griner was accused of bringing cannabis oil into Russia during the first day of her trial on July 1, according to The Washington Post. The Olympic gold medalist wore a Jimi Hendrix t-shirt to the trial held in Khimki, a suburb of Moscow.

Griner was allegedly arrested with 0.702 grams of cannabis oil, which is approximately two-hundredths of an ounce, at the Sheremetyevo International Airport on February 17. Authorities said Griner was arrested after a drug-sniffing canine sniffed out vape cartridges in her luggage. Prosecutors claimed it to be a “significant amount” in court on Friday.

Griner was arrested one week before Russia invaded Ukraine, and many fear she is being used as a political pawn. Reporters and cameras were originally banned from the proceedings but several were allowed in unexpectedly. Griner was given a bag of cookies and a bottle of water before being seated in the trial cage, and she did not give a plea. US Deputy Chief of Mission Elizabeth Rood gave a press conference after the first day of the trial.

“The Russian Federation has wrongfully detained Ms. Griner,” she said. “Wrongful detention is unacceptable wherever it occurs and it endangers the safety of everyone traveling, working, and living abroad.”

Statement by US Deputy Chief of Mission Elizabeth Rood following Day 1 of #BrittneyGriner trial outside Moscow. Today, the Kremlin again insisted the case was not politically motivated. pic.twitter.com/EPb1UnO4oj

Rood also said that Griner is being treated well considering the circumstances.

“The U.S. Embassy, the American government cares very deeply about this case and about Ms. Griner’s welfare, as do millions of Americans, as well as we care about the welfare of all U.S. citizens imprisoned overseas,” she said. “I did have an opportunity able to speak with Ms. Griner in the courtroom. She is doing as well as can be expected in these difficult circumstances and she asked me to convey that she is in good spirits and is keeping the faith.” She added that officials at the highest level of government are working to bring Griner home.

A spokesman from the Kremlin, Dmitry Peskov, claimed Griner is not being used as a political pawn and was strictly being held due to her alleged crime. “I can only operate with facts,” he said. “The facts show that the eminent athlete was detained with illegal drugs that contained narcotic substances. Russian legislation does have laws that provide for punishments for such crimes… We cannot call her a hostage. Why should we call her a hostage?”

Many are hopeful that President Joe Biden will negotiate a prisoner swap similar to the one brokered in April. U.S. Marine Trevor Reed, who was arrested for assault, was swapped for Russian pilot Konstantin Yaroshenko, a convicted drug trafficker. Bipartisan legislation was passed by The United States House of Representatives to push The White House and State Department to broker Griner’s release. The Twitter account for Brittney’s pro-basketball team, Phoenix Mercury shared the announcement on June 25.

The House of Representatives has passed Congressman Greg Stanton’s bipartisan resolution. Stanton and many others are continuing to work with the White House, State Department and Brittney’s family to secure her safe return home. pic.twitter.com/ggX7qUjB2L

According to PBS, less than one percent of defendants in criminal cases are acquitted in Russia. Griner’s trial is expected to resume on July 7.