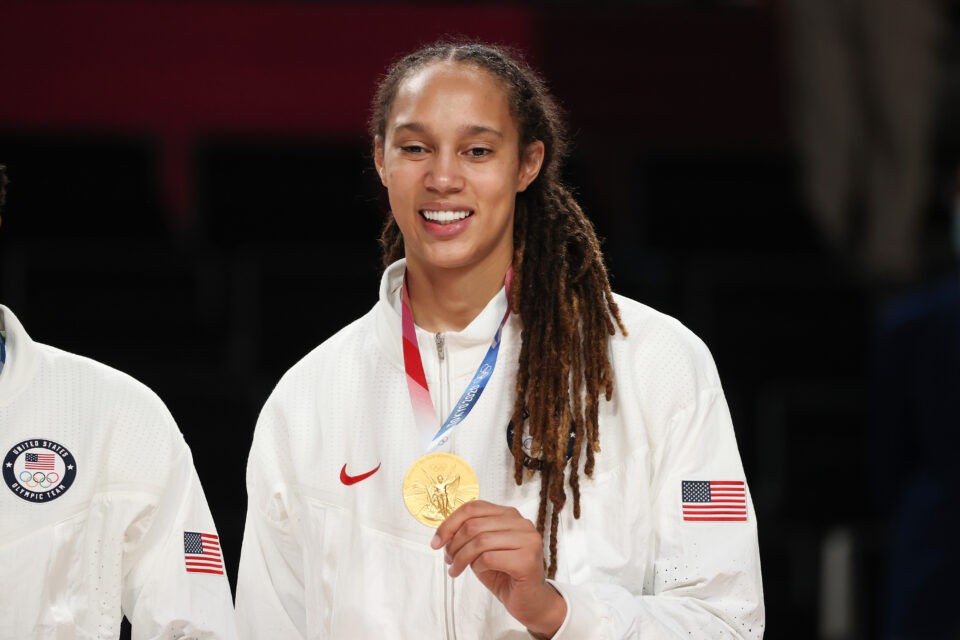 Brittney Griner has to wait a little longer at her chance to get released from Russian custody.

On Monday, the Russian court gave the WNBA star an appeal date for October 25, according to ESPN. The appeal is an effort to overturn Griner’s nine-year prison sentence for drug possession following her August 4 conviction.

The eight-time All-Star center with the Phoenix Mercury has been in Russian custody since February after police found vape canisters containing cannabis oil inside her luggage at Moscow’s Sheremetyevo Airport.

Amid news of the appeal, the two-time Olympic gold medalist’s wife, Cherelle Griner, is defending her honor and providing context about how the basketball star has “truly suffered beyond her crime already.”

“On its face it just seems like my wife is a hostage,” Cherelle told CBS Mornings.

“To know that our government and the foreign government is sitting down and negotiating for her release? She’s a hostage.”

Cherelle is hopeful that Griner will come home ahead of the October 25 appeal hearing in a prisoner swap between the United States and Russia. Last month, President Joe Biden met with Cherelle and told her that the White House is doing everything it can to ensure Brittney Griner’s safe return to the States.

“He’s doing what he can,” Cherelle said.

“But there’s another party in this situation, and we also are dealing with the need for Russia to have mercy on B.G. [Brittney Griner] as well.”

“I have heard so many stories about this exact situation happening with Americans going through Russia and at the airport they were told, ‘Pay a fine and go on with your day.’ But because B.G. is Brittney Griner, I do think this got really complicated really quickly,” Cherelle told Gayle King.

Cherelle is mindful of the crime Griner committed in Russia. Despite having a prescription for medical cannabis in Arizona, no amount of cannabis is allowed in Russia.

However, Cherelle says the punishment should be more “balanced.”

“It tears me to pieces to see that this is not balanced for my wife right now,” she said.

“So I want people to see that. To see, has she suffered enough. B.G. [Brittney Griner] has truly suffered beyond her crime already.”

Many feel Griner’s imprisonment is a political ploy than incarcerating a criminal. Cherelle says her wife is “at her absolute weakest moment right now,” and hopes for some good news.