Broadening a View of the Possible 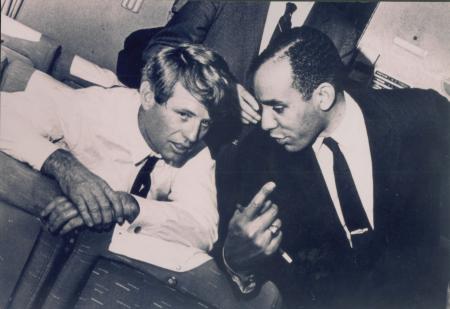 The late Robert F. Kennedy famously said the following: “There are those who look at things the way they are, and ask why? …Â  I dream of things that never were, and ask why not?”

I thought of those words this past Election Day when my fellow American citizens of all races and backgrounds collectively and affirmatively answered the question: “Why not an African American president?â€Â  Why not, indeed.

Many have noted how the fervor surrounding Obama’s historic campaign echoed the spirit of hope, enthusiasm, and hunger for change that the younger Kennedy inspired during his run for the presidency 40 years ago, and throughout his all-too-brief public life. It certainly inspired me. 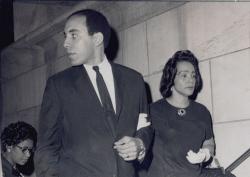 I was a young community organizer (not a bad way of gaining leadership experience, FYI) when our paths first crossed.Â  It was December 1965, and the first-term senator had decided to hold a series of Christmas parties for underprivileged kids throughout the five boroughs. Bedford-Stuyvesant was one of the sites selected.Â  It was my home turf, and I went to work, making sure Sen. Kennedy got a prince’s reception when he arrived. He was impressed enough that I was invited to join his staff.

What I recall most vividly about my time with him was that he was genuine. Born to power and privilege, he believed the true value in both was the chance it afforded him to open the doors of opportunity for those who had neither. And he put that principle to work for the New Yorkers he represented.

One of the formative experiences of my life was working with Sen. Kennedy on the Bedford Stuyvesant Restoration Project, a largely unprecedented initiative that would become the template for urban development efforts nationwide for years to come.

This was a personal effort for me because Bed-Stuy is where I was born and raised. By the mid-1960s, the stable, working-class neighborhood of my youth was in economic decline. Sen. Kennedy lent his name and influence to a revitalization effort that marshaled public and private investment in support of entrepreneurship, improved infrastructure, and better city services.

If the effort initially fell short of the lofty goals set for it, there is no denying the profound impact it has made in the long term. The program recently marked its 40th year, and it remains an agent of revitalization and opportunity, a fitting tribute to a man who believed that “as long as there is plenty, poverty is evil.â€

Knowing Robert Kennedy and working for him couldn’t help but broaden one’s view of what was possible.Â  I doubt I’d have had the courage to start my own magazine if I hadn’t had that experience. Nor would I have been able to keep faith with the idea that social advocacy can change lives and nations.Â  His fingerprints are on nearly everything