The Broke Black Girl: How a Facebook Group Became A Financial Movement for African American Women 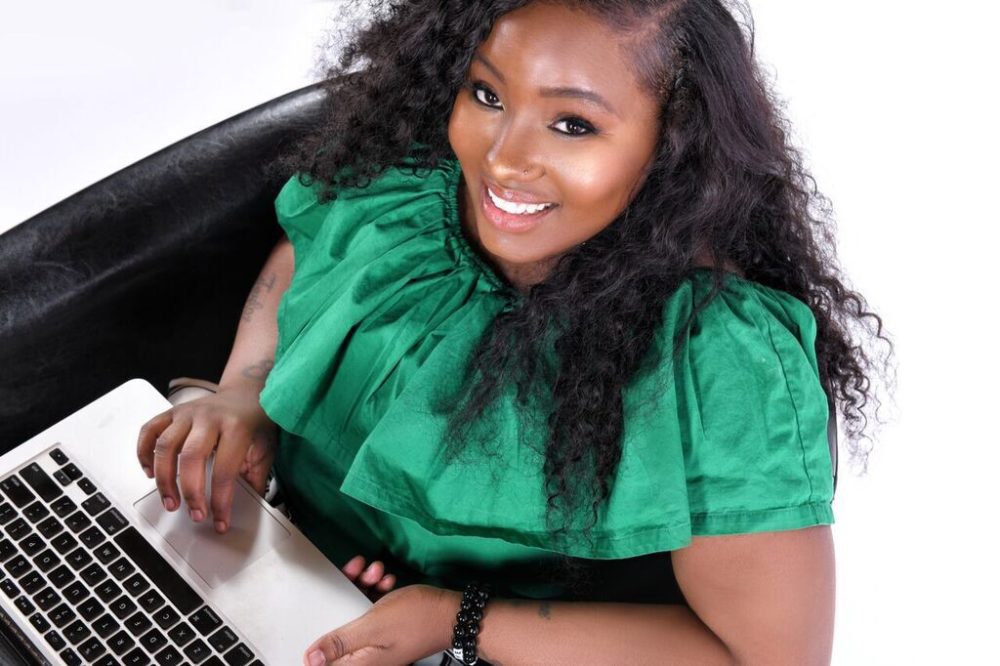 Dasha Kennedy was a wife and mother with a corporate job in her 20s but she was still broke. Broken not just financially, but emotionally.

After a short marriage, Kennedy and her husband divorced in 2015 over irreconcilable differences—mostly financial—and she began raising her two sons as a single mother. At the time, she was struggling to provide for herself and her family, living paycheck to paycheck, and depended on bonuses from her job to sustain them. Kennedy reached a turning point, however, when she broke her foot and realized how unprepared she was for a financial emergency.

Determined to make a change, she learned how to balance her finances and began documenting her journey toward economic freedom on social media. That led her to create a Facebook group in November 2017 called The Broke Black Girl where she shared tools and resources for fiscal success with other black women. The group ballooned into an active platform where African American women around the country would share their own financial trials, tribulations, and tips. Members also encourage one another and hold each other accountable. Within six months, the group had 30,000 members. Today, Kennedy says The Broke Black Girl boasts around 40,000 members from over 32 states and 68 countries and has generated over $10,000 in revenue.

“What was birthed from hardship evolved into the key to financial freedom for black women everywhere. A brand built on faith and social responsibility, The Broke Black Girl aims to equip every black girl, young and old, with the means necessary to live their best life, mentally, physically, and financially,” writes Kennedy on the Facebook page.

In addition to being the force behind the growing Facebook group, Kennedy works full time as an accountant for an insurance company and as a default counselor, assisting clients that have defaulted on their loans due to financial hardships. In an interview with Black Enterprise, the St. Louis native opened up about the mission of The Broke Black Girl, how she monetized the group, and the impact that it is having on black women.

BE: What is the mission of The Broke Black Girl?

The mission of the group is to provide financial literacy and basic money management skills to African American women across the world all while building positive friendships with each other. The group provides a safe and supportive space for women to openly discuss their financial hardships and seek free assistance from the professionals in the group, such as myself, with credit restoration, budgeting, money management, and wealth building.

BE: What tips would you share with other black women about maintaining financial stability?

As black women, we face a stigma regarding our overwhelming “need” to be beautiful by another’s standards. We have to understand that the world’s definition of beauty does NOT define us. The group lives by the motto “priorities over prettiness.” What is the point of expensive acrylic nails, hair extensions, new clothes, and shoes when you are struggling to meet your basic necessities?

We have to take control of our finances by becoming conscious of our spending habits, setting a monthly household budget, and cutting back on expenses that ultimately leave us financially strapped. How can we enjoy a life of luxury when we’re struggling to pay our bills due to the expense of that luxury? The fight starts when we admit that we have made poor financial choices, decide that enough is enough and take control of our finances.

BE: What have you learned from managing the group?

Watching the group grow from one member to more than 41,000 members, I have learned that we can do so much more together financially than we could ever do alone. I have witnessed women take the initiative to create budgets, update résumés, [and] donate clothes and furniture to women that have experienced fires and floods. Being in a group with so many powerful and educated women has [also] allowed me to witness black women in a light that has been dimmed for so many years.

I’ve also learned a lot about building and managing a community. We’ve established rules so that members know what is and isn’t allowed, and to ensure that conversations remain respectful. To keep members engaged, the group has a topic schedule that we stick to and the structure of the group allows continuous learning. I also use membership questions to make sure that the most relevant people who request to join the group are allowed to join so that the group remains a safe and supportive place.

I have witnessed the love between black women and their ability to educate and provide other women with a lifelong skill: money management. The group has taught me that we are all on different financial walks but we are equally capable and responsible for helping each other along the way.

BE: Have you monetized the group? How?

Yes, I have monetized the group and at this current time, I have earned a least $11,000. The largest part of the revenue comes from events such as meet and greets, speaking engagements, mass budget classes, and merchandise. The first event, [which] was held in February 2018, was a Pancake, Pajamas and Priorities-themed vision board party for 100 girls from the group.

Since then, I have worked with girls from the group one-on-one for a fee. Using my background in finances to prepare personal and business budgets, I have sold merchandise with the name of the group as well as received payments through paid partnerships. I partner with other women that offer a financial service that I do not in an attempt to create a team effort in wealth building.

By this summer, Kennedy says she hopes to become a full-time entrepreneur.

-Editor’s note: This interview has been lightly edited for brevity and clarity.