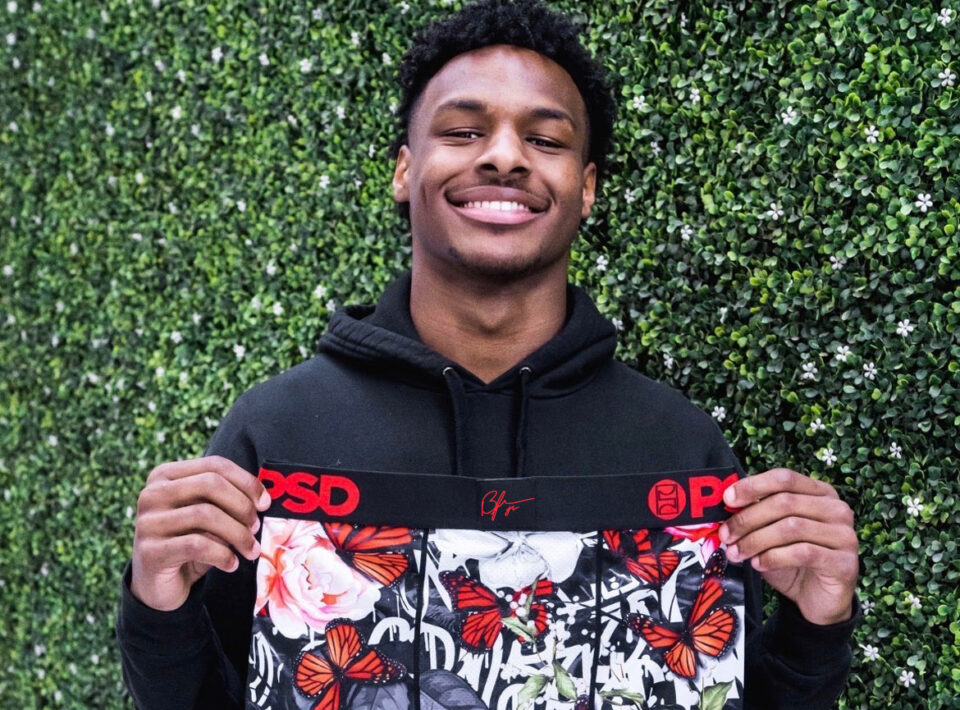 The legacy of LeBron James is extending down the bloodline.

James’ basketball-playing son, Bronny, has signed a NIL (Name, likeness and image) deal before attending college. Underwear brand PSD has signed a new partnership deal with the high school standout. With this deal, Bronny becomes the youngest athlete entrepreneur to sign with PSD.

“I’ve been wearing PSD for as long as I can remember,” the younger James in a written statement.

“When the connection is real and authentic, it makes a partnership like this really exciting,” he added. “I’m looking forward to sharing my ideas and input to create some pretty unique pieces.”

Along with the partnership, James will get a signature collection with the underwear brand. PSD and its team of designers will work closely with the likely future NBA player to design the collection. James’ upcoming line will be available this spring at major retailers including Champs, Hibbetts, Snipes, and online at psdunderwear.com.

“It’s been fun to watch Bronny grow up wearing PSD, dating back to Mike Miller gifting them to his dad while they played together in Miami,” said Curt Flaitz, cofounder and president at PSD. “We love when partnerships unfold organically, and we look forward to continuing to build a great partnership with him.”

LeBron has a history-making son for his son.

In an exclusive interview with The Athletic, James, whose current contract with the Los Angeles Lakers expires after next season, expressed his desire to play at least one season with Bronny.

“My last year will be played with my son,” LeBron said. “Wherever Bronny is at, that’s where I’ll be. I would do whatever it takes to play with my son for one year. It’s not about the money at that point.”