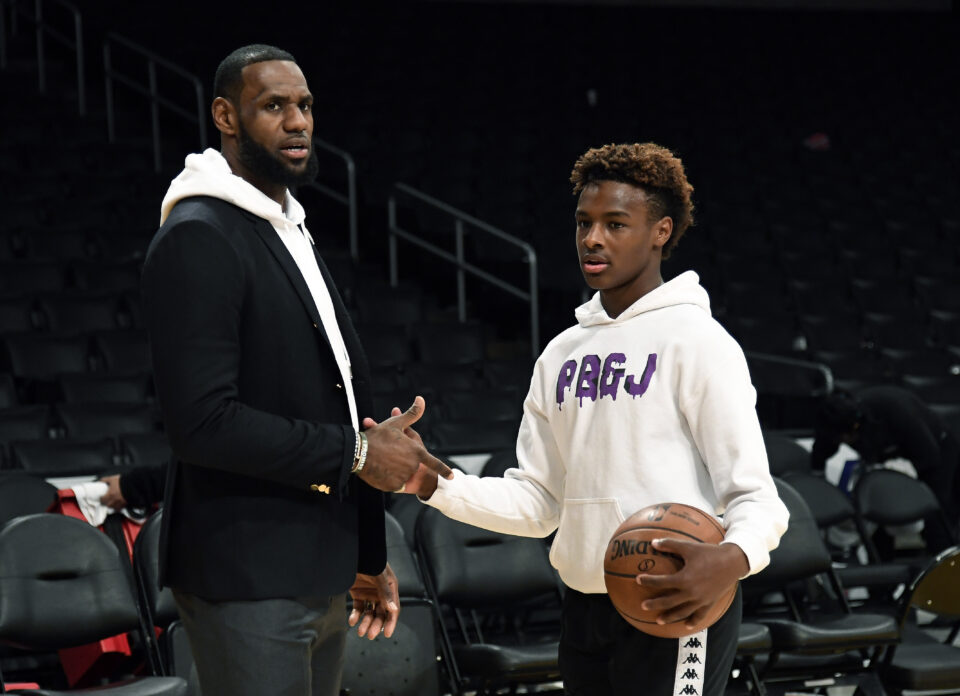 Not only is Bronny James following in his father’s footsteps by pursuing a professional basketball career, but he also just signed with the brand his father represents.

Along with four other student-athletes, Nike has announced that James has placed his signature on a NIL (name, image, likeness) deal with the popular sportswear company.

Nike released the names of the other young athletes who are joining their family: Caitlin Clark, Haley Jones, DJ Wagner and JuJu Watkins.

Hit that ❤️ to show them some love and welcome them to the Nike Basketball fam. pic.twitter.com/xIPZN2raOS

This is a great birthday present to James, who turned 18 last week. As evidenced in the video clip below, he and his father definitely celebrated in style.

The Sierra Canyon High School senior released a statement about the recent signing.

“For as long as I can remember, Nike’s been a part of my family. Getting a chance to team up with them and continue my family’s legacy both on the court and in the community is wild—it really means a lot to me.”

This may be a long relationship, as the 18-year-old has been wearing an assortment of Nike footwear over the years, including his father’s signature line. It should also be noted that LeBron James has a lifetime contract with the athletic brand that is reportedly worth a billion dollars.

When Bronny was a freshman in high school, he was the only player who played in every game, a total of 34, for the season. He helped win against his father’s alma mater, St. Vincent–St. Mary High School, and was named MVP.