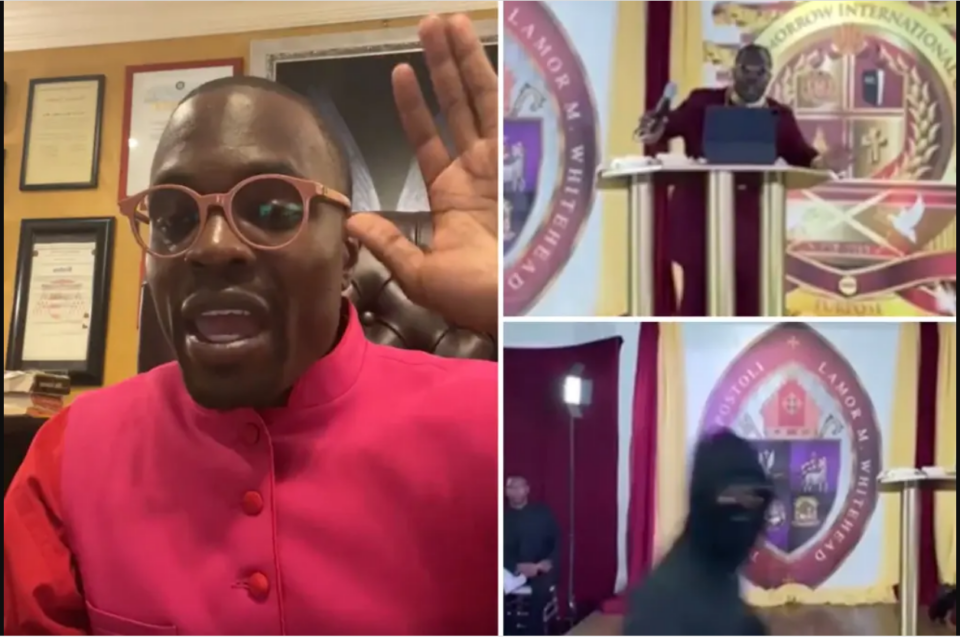 A Brooklyn bishop is speaking out after he and his wife were robbed at gunpoint of $400,000 in jewelry during a livestream Sunday morning sermon.

Bishop Lamor Whitehead took to Instagram live on behalf of his wife, Asia K. DosReis-Whitehead, to express gratitude for all the support and calls from churchgoers, New York City police, and others.

The Instagram appearance came after about three masked gunmen stormed the Leaders of Tomorrow International Ministries in Canarsie and targeted the couple, The Shade Room reports.

The incident occurred around 11:15 am when the bandits approached Whitehead at the podium during his sermon, the New York Post reported. He was in the middle of addressing the congregation until he spotted the possible danger and hit the floor on his hands and knees.

In the live, the man of God also revealed just how much was taken. Police also confirmed that he, his wife, and possibly churchgoers were robbed of $400,000 worth of jewelry. According to reports, Whitehead wore  a long gold chain and a large ring on each finger.

In the live talk, the Brooklyn native explained that the women in the church are traumatized but assured viewers that he wasn’t scared.

“We’re pushing. We’re still doing what we need to do,” Whitehead said. “I’m not a person from the suburbs; I’m from Brooklyn, I’m from the city. I understand the streets. This bishop, I’m not scared.”

Whitehead said he was able to see the robbers’ faces through the mask and identified the getaway vehicle, a white Mercedes Benz CLA. When the men fled the church, Whitehead ran after the suspects, and saw them jump in the car and change clothes, per The Shade Room.