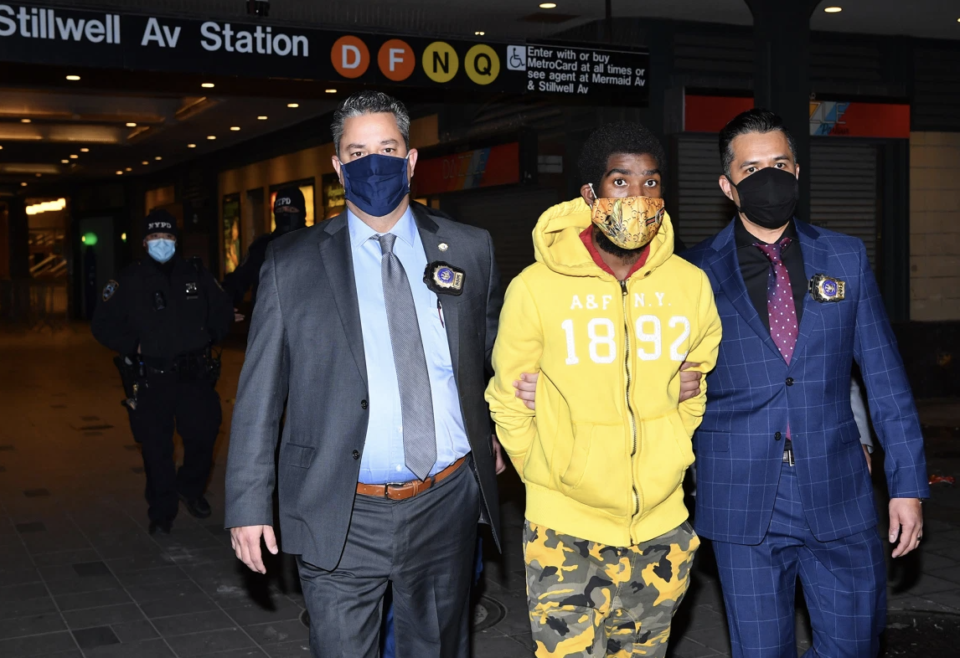 Khari Covington, 29, is facing a multitude of charges in a 52-count indictment, including hate crimes in Brooklyn.

According to a statement from Brooklyn District Attorney Eric Gonzalez, Covington was indicted on Wednesday for allegedly attacking seven women in the East Williamsburg and Bushwick sections of the borough. The brutal attacks occurred between August 5, 2020, and January 4, 2021.

“The defendant allegedly assaulted seven women, whom he targeted because they were women and light-skinned, according to his statements to investigators,” Gonzalez said.

Covington, who resided in a transitional living facility in East Williamsburg, is accused of assault, burglary and strangulation. The crimes are being investigated by the District Attorney’s Hate Crimes Bureau, the statement reported.

Gonzalez weighed on the 29-year-old’s violent offenses promising to prosecute the man.

“This defendant’s alleged violent and unprovoked attacks endangered the women he targeted and caused widespread fear in the community. I am committed to prosecuting all hate crimes where victims, including as alleged in this case, are targeted because of their gender, skin color or race,” he stated.

The Morgan Avenue train station is the location where five of the vicious attacks took place. The other two occurred at a smoke shop on Wilson Avenue and a building near the subway station.

NBC 4 reported that the defendant punched his victims in the face, knocked them down to the ground and hit them from behind.

“He came out of nowhere. He started punching me. He hit my face, my chest, my shoulder,” said victim Bianca Fortis.

Another victim, Elizabeth Wakefield, told the news outlet, “He was coming down behind me, and he must have — from the angle and from what I’ve gathered — kicked me in the side of the face and head from behind. My immediate thought after it happened to me was, I really hope this doesn’t happen again to somebody else.”

Covington’s bail is set for $150,000. His next court appearance is on April 13, according to the prosecutor.

The defendant is “considered a mandatory violent persistent felony offender” and faces 25 years to life in prison if convicted as charged.