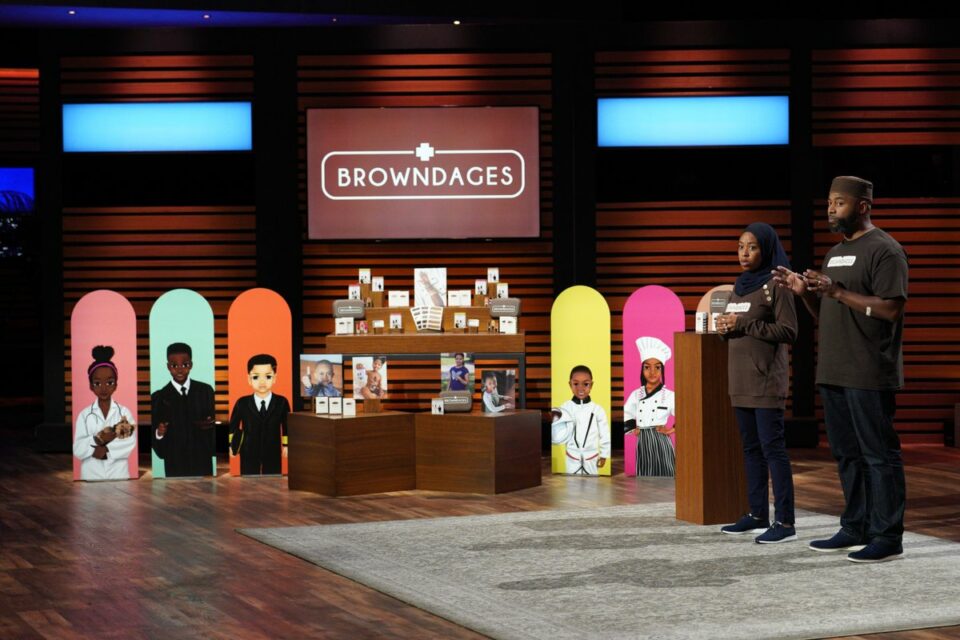 Black and Brown communities know that it is challenging to find products that cater to their respective culture and needs. For example, the simple necessity of finding an adhesive bandage to cover a scrape or cut, most traditional bandages are flesh-colored but only accommodate the white population.

However, the lack of diverse bandages that come in various skin complexions created a marketing opportunity for couple Intisar Bashir and Rashid Mahdi to produce Browndages in 2018 when they could not find bandages that fit the skin tone of their children, according to Sportskeeda.

The husband and wife duo appeared before judges on ABC’s Shark Tank Season 13 Episode 20 on April 15, 2022, and presented their inclusive bandage company in hopes of securing a $75k deal for 7.5% equity. However, the sharks expressed concern that larger companies could manufacture new colors and designs, according to Meaww.

Intisar and Rashid argued they have a loyal customer base that increased during the summer protest of 2020 after the George Floyd murder. Their social media followers increased from 10k to 75k, and they made 130k in sales, and they explained that once a new customer is aware of their product, they end up purchasing the bandages.

Kevin O’Leary offered the pair 75k for 15% equity in their company but was quickly usurped by Lori Greiner, Mark Cuban, and Daymond John, who offered 100k for a 30% stake in the brand, allocating 10% to each shark. Intisar and Rashid gave a counteroffer of 22%, but then the three sharks extended a deal for $100k for 30% with a $75k credit line. The husband and wife business owners negotiated the equity to 25% for $100k with a $75k credit line for which the judges agreed, Meaww reports.

Episodes are available on-demand and on Hulu. Past seasons of Shark Tank can be viewed on Amazon Prime Video and iTunes.