For any woman, breaking into an industry dominated by men is tough. But when you’re a black woman with aspirations of becoming president and CEO of a construction business, it’s even tougher. Few know this better than Gail Warrior. The founder and CEO of DeSoto, Texas-based Warrior Group (No. 35 on the be Industrial/Service companies list with $124 million in revenues) says she initially felt she had to prove herself to her male counterparts. So she pushed herself to learn as much as she could about construction and took the lead on projects. “I didn’t feel I was getting the respect I deserved, so I took action,â€ she says.

While the economy remains in a state of closely monitored recovery, Warrior Group has managed to thrive. Revenues in 2008 were $124 million, up from $42 million in 2007. Warrior forecasts 2010 revenues of nearly $200 million. Warrior Group has come a long way from its beginnings in 1997, when revenues were about $31,000 at the end of its first year in operation. “I knew I had the ability to get my business off the ground,â€ Warrior says. A former accountant for Mobil, she is now in charge of one of the nation’s largest businesses owned by a black woman. Warrior, who is in her early 40s, has come out on top by hiring talented people, making well-planned moves, and following her heart.

Building a Solid Foundation
Warrior Group specializes in permanent modular construction, a process in which modules of a structure are built off-site and then transported to their destination and assembled there. This process, according to Phil Slingerland, the company’s chief operating officer, saves time and money because the modular process allows a building’s floors, walls, ceilings, rafters, and roofs to be built simultaneously. Modular constructions can be either leased or purchased through dealers or direct manufacturers. Warrior Group is a direct manufacturer whose projects include medical clinics, academic buildings, day care centers, and military barracks.

Warrior was introduced to the modular construction industry through her ex-husband Wayne Lawrence, Warrior Group’s vice president of business development. Lawrence previously worked as a sales representative and branch manager for Space Master Buildings, a company that provided modular structures. “I told Wayne that I saw a need that was not being met among government agencies and schools,â€ Warrior says. “I saw how permanent modular construction was faster, safer for the 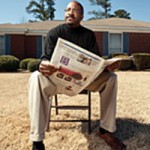 FacebookTwitterYoutube
← The Walking Wounded ← The Transformers
×
'