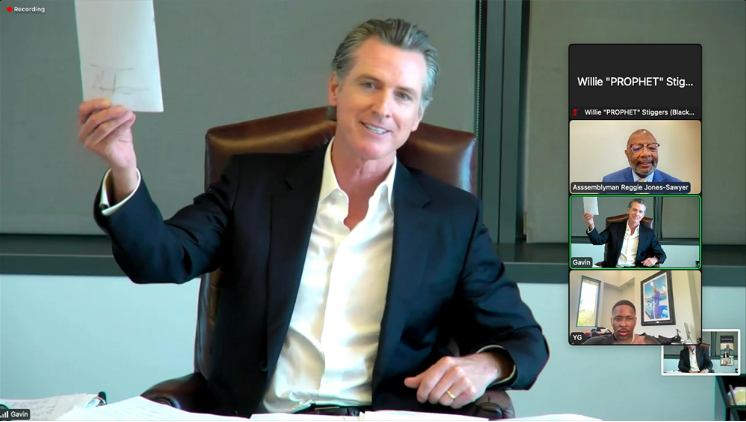 California Governor Gavin Newsom has signed The Decriminalizing Artistic Expression Act into law, which limits the use of lyrics used and written by hip-hop artists in criminal court cases tried in the Golden State.

CA is the 1st state to ensure creative content – like lyrics & music videos – can’t be used against artists in court without judicial review.

— Office of the Governor of California (@CAgovernor) September 30, 2022

CEO of the Recording Academy, Harvey Mason Jr., said in a written statement, “Today we celebrate an important victory for music creators in the state of California. Silencing any genre or form of artistic expression is a violation against all music people. The history that’s been made in California today will help pave the way forward in the fight to protect creative freedom nationwide. We extend our gratitude to Assemblymember [Reggie] Jones-Sawyer for his leadership on this issue and to Governor Newsom for recognizing the importance of protecting artistry and signing the Decriminalizing Artistic Expression Act into law.”

In May, the New York Senate passed Senate Bill S7527 by a 38-23 vote. This yet-to-be-signed bill “limits the admissibility of evidence of a defendant’s creative or artistic expression against such defendant in a criminal proceeding.”

In June, 300 Entertainment’s Kevin Liles and Atlantic Records’ COO Julie Greenwald launched a petition to prevent prosecutors from utilizing rappers’ lyrics against them in court.

The change.org petition, “Rap Music on Trial: Protect Black Art,” was launched by the former Def Jam executives. It highlights the injustices presented when prosecutors use artists’ lyrics and creative expressions against them as proof of their accused crimes.