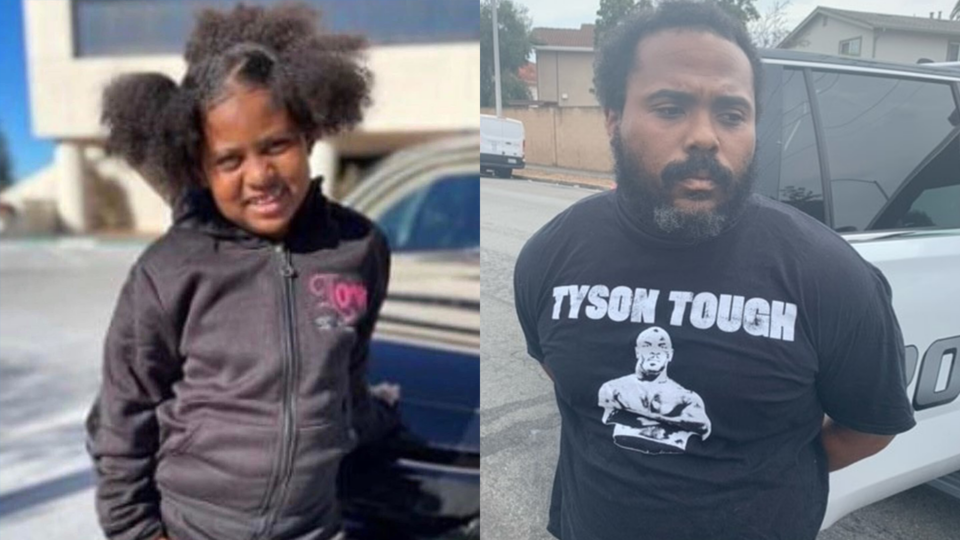 The California man who spent seven months on the run in connection with killing his girlfriend’s 8-year-old daughter has finally been taken into custody.

Dhante Jackson was arrested Saturday in the San Francisco area on suspicion of killing Sophia Mason, the 8-year-old reported missing earlier this year, KRON 4 reports. Three other women were arrested for helping Jackson hide from police for months.

Mason’s mother, Samantha Johnson, 30, was taken into custody in March on charges of murder and child abuse. The child’s body was discovered inside a bathtub at a Merced home one month after she was reported missing to the Hayward Police Department on Feb. 10.

Johnson pleaded not guilty to murder and child abuse, while Jackson remained on the run until police finally caught up with him this past weekend, NBC Bay Area reports. Three other women were arrested on Saturday on suspicion of helping Jackson elude arrest.

Laronna Larkins, 42, of Merced; Mayra Gonzalez, 33, of Newark; and Daberka Thompson, 40, of San Jose were arrested and charged with accessory to murder.

“Detectives acted on evidence quickly to track Jackson’s location, but he had the help of several people to elude his capture,” Lt. Perez said.

“He had the help of several female acquaintances during the investigation; they learned that several of these females had assisted Jackson by providing him with money, shelter, and transportation.”

When authorities discovered Mason’s body, she had been dead for nearly a month. Perez says it’s one of the most disturbing child abuse cases he’s witnessed in 20 years.

“In my 20 years of law enforcement, this case is the most disturbing and horrific that I’ve seen,” the lieutenant said.

“To know what that poor little angel went through at the hands of pure evil breaks my heart. I will never understand how this could happen to a beautiful child who just wanted to be loved.”