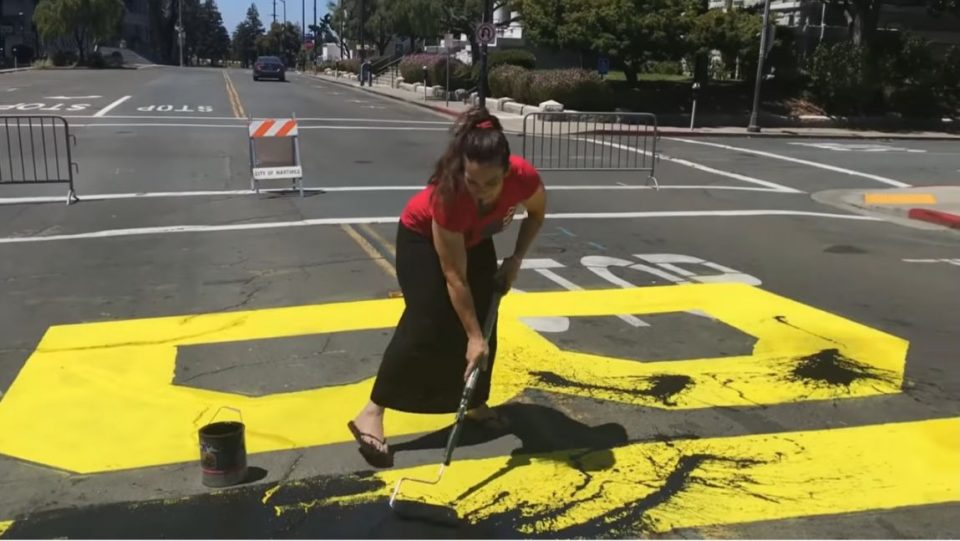 There are vandals loose in California and the police are searching for them! Police in California are looking for a white man and woman who vandalized a newly painted Black Lives Matter mural over the Fourth of July weekend according to USA Today.

The Martinez Police Department released a statement regarding the crime of the individuals:

“On July 4th, community members obtained a permit from the City to paint Black Lives Matter on Court Street in downtown Martinez. Once the mural was completed, an unidentified white male and white female arrived. While the male made comments to a group of onlookers his companion began painting over the mural with black paint. At one point she made a statement that this was not, “…happening in my town.” She also asked the male to get her another can of paint to continue with the act of vandalism. It appeared that the couple came to the mural with cans of paint and a roller with the specific purpose of vandalizing over the mural. The community spent a considerable amount of time painting this mural only to have the suspects destroy it by dumping and rolling paint over part of the message.”

The police department also released footage of the incident.

As the white woman is defacing the BLM mural, the white man could be seen and heard saying, “There is no oppression, there is no racism,” the man said. “It’s a leftist lie. It’s a lie from the media, the liberal left.”

The Martinez Police Department also stated, “The community spent a considerable amount of time putting the mural together only to have it painted over in a hateful and senseless manner. The City of Martinez values tolerance and the damage to the mural was divisive and hurtful. Please help us identify those that are responsible for this crime, so they can be held accountable for their actions”