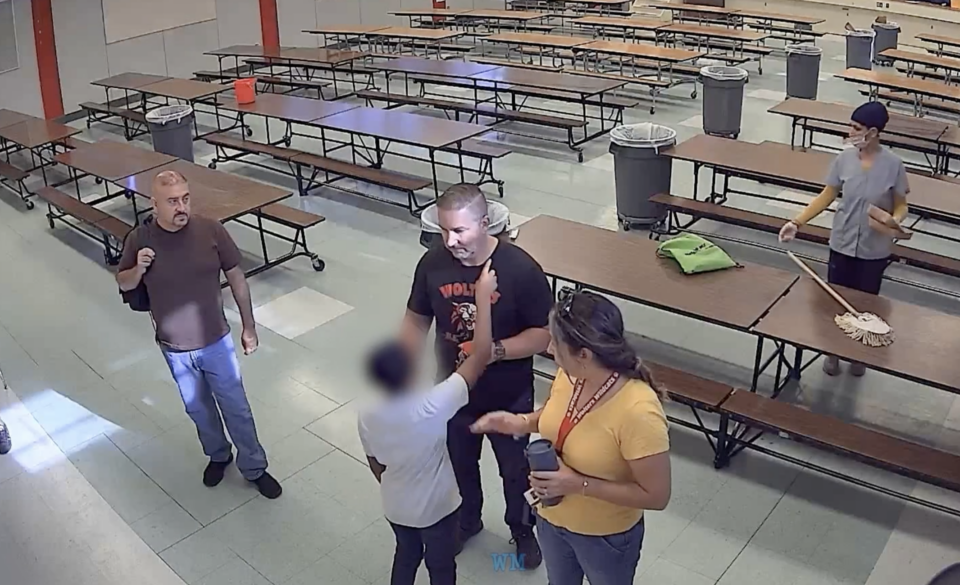 Former principal at Wolters Elementary School in Fresno, California, Brian Vollhardt, has been charged with a single child abuse and endangerment count following the resurfacing of a video where he violently shoves down an autistic student, reports the Fresno Bee.

Following the incident, which took place on June 7, Vollhardt left the elementary school during the investigation to escape retaliation, and had since been serving as vice principal at Tranquillity High School in a neighboring school district, according to EdSource. Tranquillity staff say they were not aware of the incident.

It wasn’t until the video was released on Thursday and the collective shock from the community that spurred public pressure for Vollhardt to be arrested and charged. He is due at court later in the month.

As depicted in the video, the assault took place in the school’s cafeteria, where the 11-year-old autistic student is seen talking to Vollhardt and two other adult staff. Described as “an upset student” by district Superintendent Bob Nelson, the child points at the ex-principal before the man aggressively shoves him to the ground at full force. One school employee is then seen helping the student as Vollhardt continues to yell and point at him.

A principal in Fresno knocked down a special needs student. He quit the next day and is now vice principal in another school. pic.twitter.com/Y7mmtXL8s8

Per Nelson, the child “is physically OK and has been provided with the necessary social-emotional supports since the incident.”

The 11-year-old’s legal guardian Ann Frank told ABC 30 that Vollhardt called her up that same day to tell her the boy had assaulted him. Frank recalls that her son explained to her that it was actually the principal who pushed him to the ground.

“You cannot put force to these kids like that,” said Frank. “My son is autistic. Any parents seeing this video, they know what I’m feeling right now. My son was pushed with force by this principal who was supposed to protect him.”

The mother continued, claiming it was over three months before anything was done or any footage was released that corroborated her son’s story.

During the Thursday Fresno Unified news conference, Police Chief Paco Balderrama stated that he had no knowledge of the video until reporters requested an update on the investigation.

According to another complaint, Vollhart had allegedly just assaulted another student 11 days prior. The former principal reportedly blocked a child from leaving class and when he did not receive the appropriate response, shoved him to the ground and pinned him down with his knee for two and four minutes. Per officials, the case is still being investigated.