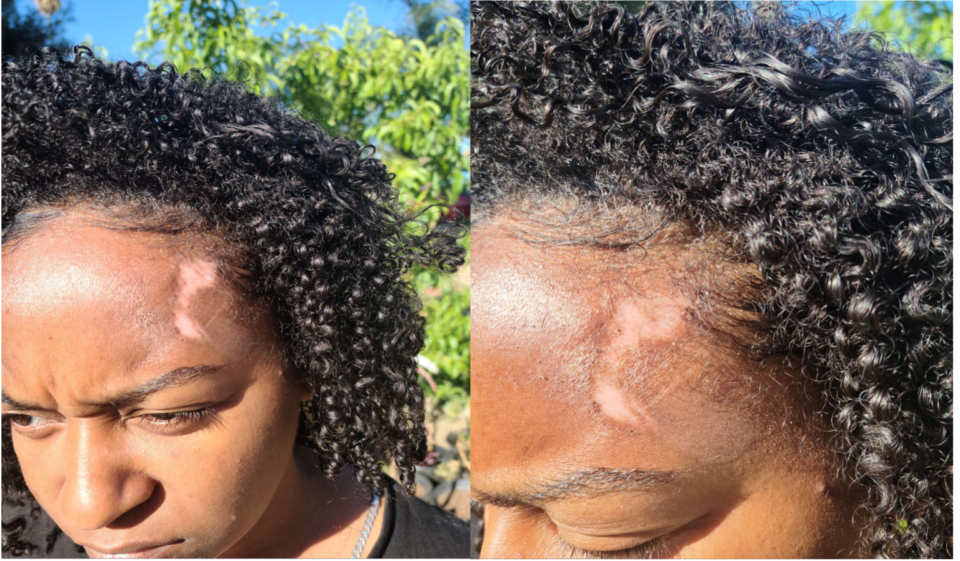 Mariah Hereford has a permanent scar after excessive force was used by Hemet Police officers. (Photo via attorney Toni Jaramilla)

A woman and her daughter from Hemet in Southern California were violently arrested in front of their home in March 2021.

Mariah Hereford and her mother Monet Hereford have video footage of the encounter of Hemet Gang Enforcement officers’ brutal handling and arrest of the women, as well as Mariah’s fiancé, Ryan Gadison.

The family have filed a federal lawsuit against the police department, in which they allege excessive force and violation of first amendment rights for slapping the phone out of Mariah’s hand in an attempt to stop recording the altercation. According to NBC Los Angeles, gang unit officers pulled over a car driven by Gadison that didn’t have a front license plate. Upon inspecting the vehicle with a flashlight, an officer asked if he could search the car, to which Gadison refused, as is his right.

“At that point officers forced him out of the vehicle, pinned him against the vehicle, and started to handcuff him,” said attorney Toni Jaramilla. “There was no reason for that.”

Gadison had just arrived at Hereford’s home for dinner. Because of the commotion outside, the women stepped out of the home to aid Gadison and record the incident.

Immediately, the officers handled the situation viciously, knocking the phone and Mariah down to the pavement.

“What she recalls – because she did black out – was the officer pulling her hair and slamming her head to the pavement. He did that several times,” Jaramilla alleged at a news conference on March 8. “She was then frisked inappropriately by a male officer even though there was a female officer.”

The unnamed officer is accused of scarring Mariah’s face after the forceful head slams and while she was down even pulled her chin up so as to choke. Witnesses say the cops also struck the family dogs with a baton and one officer can be seen in the video holding a dog up by its collar.

After being taken to the hospital, Mariah was treated for a “closed head injury; left shoulder pain; low back pain; neck pain; [and] whiplash,” per the lawsuit. According to attorneys, the scene took place with the couple’s four small children watching.

“This is one of the worst cases of police abuse I’ve seen in my career,” said civil rights activist Najee Ali at the news conference alongside the family.

Though cited and arrested, Gadison and the Herefords have yet to be charged with a crime.

The Hemet Police Department declined to comment on the lawsuit.