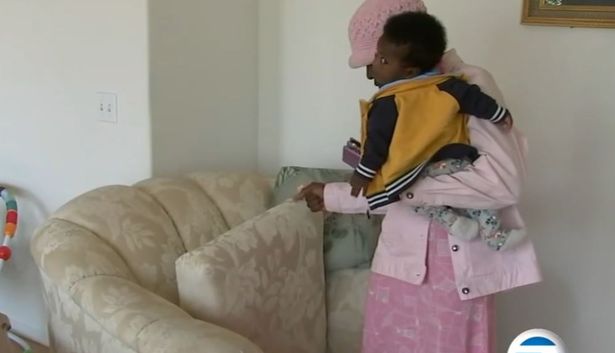 A good Samaritan in California is making headlines after returning over $35,000 in cash she found hidden inside of a used couch she bought online.

Vicky Umodu was browsing online when she found two couches and a matching chair on Craigslist that someone was giving away.

The family selling the furniture informed Umodu that were trying to liquidate all of the property of a recently deceased loved one.. Umodu couldn’t resist the furniture; she said it fit perfectly into her San Bernadino home.

But, Umodu got more than she bargained for when she searched the two sofas and found the cash hidden inside one of the cushions.

“I thought it was a heat pad,” Umodu said.

After unzipping the cushion and peering inside, Umodu was surprised to find several envelopes filled with thousands of dollars in cash.

“I was just telling my son, ‘Come, come, come!’ I was screaming, ‘this is money! I need to call the guy,'” Umodu recalled.

Instead of keeping the thousands, like many others would’ve done, Umodu contacted the family to return the money.

“God has been kind to me and my children, they’re all alive and well. I have three beautiful grandchildren, so what can I ever ask from God?” Umodu said.

After doing the right thing by returning the money, the family told her they also discovered other cash hidden throughout the rest of the house, but it was only a few hundred dollars.

The family was confused why their deceased loved one had hidden so much cash inside of his couch. As a show of appreciation, the family agreed to give Umodu $2,200 to buy a new refrigerator.

“I was not expecting a dime from him, I was not,” she said.